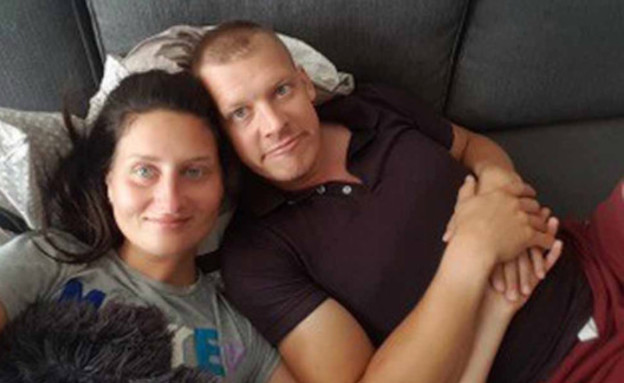 After a decade of debilitating symptoms ranging from severe dizziness to fainting and complete dysfunction, hope returned to Caiwa’s life with a new medical diagnosis that would help her return to a normative life. She has canceled her marriage in the last year due to the pains and now she is just waiting to get the necessary funding, go through the treatment and set a new date for the festive event.

30-year-old Cava Lukamela started suffering from dizziness and fatigue as early as 2011, the doctors were unable to find out what was wrong and they explained to her that she was working too hard and the stress was having an effect. Even after she took off the load and took some time off, the nagging feeling still remained.

Cava was working at Amazon at the time and she decided to quit her job to take care of her mental health. All the results of the tests came out normal and again, according to the doctors, this is the result of a psychological condition only.

In 2013 she met Arthur through mutual friends, the romance blossomed but here too the dizziness threatened her happiness, she continued to perform various tests and yet again and again the doctors just did not find anything unusual. In 2018 the situation worsened, she could barely lift her head and according to her, she felt that her airways seemed to be blocked in the fluid to the point of drowning.

It was already dangerous for me to drive

She did not say desperate and was constantly trying to find solutions in other directions, from meditations to a spiritual trip for pilgrims in Spain. In addition, she tried to find a job that would excite her, she started working in an office at a recruitment company and really liked the job but the hour-long commute to work was too much for her and she started fainting in the car. She said, “It was really scary, almost all the time there were accidents, so after three months I had to leave.”

>> Researchers have discovered something amazing about a nap
>> Scientists: A dramatic drop in the number of women in the world is expected

The deterioration in Cava’s condition continued to the point of being confined to bed with no ability to work. In October 2019 she went into a round of brain scan tests and then the first significant breakthrough happened. The test revealed an accumulation of fluid in the brain of the cava, another MRI scan showed that it had fluid in the brain cavities. At this point she underwent treatment of fluid drainage and other medications but even that did not release Cava from a cell. The situation did not improve and even began to worsen.

At this point the feeling of heaviness is exacerbated to the point of short-term memory loss and fainting. She had to wear sunglasses during all hours of the day because the light physically hit her. “It was devastating,” she says, “I could barely shower on my own not to mention walking and regular activities.” _OBJ

Now trying to raise the money

In February 2020, the heartbreaking decision was made to postpone the wedding planned for June. When she was already desperate, Cava sought online consultation with a specialist doctor from a clinic in Florida who specializes in complex medical situations. After an in-depth conversation she was diagnosed as suffering from a rare condition of cranial instability that causes a vertebra in the spine to block fluid coming down from the brain and also produces pressure on all nerves in the area, which can also damage the spinal cord, brain stem and nearby arteries.

Kaiwa was offered a place in the clinic for 12 weeks of treatment where they would try to figure out exactly which vertebra was blocking her blood flow. The hurdle currently facing Caiwa is economic. She said: “I felt so good that there were answers, but when we found out the treatment would cost £ 40,000, we realized it was a huge price for us. I can not get this treatment anywhere else, so we have no choice but to raise the money. “