Extra long queues at the check.in and drive complexes 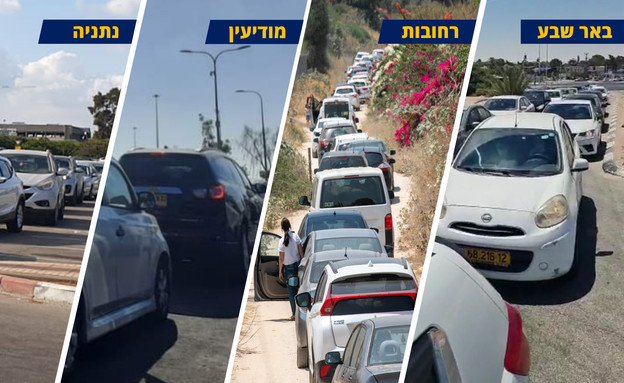 Hundreds of people who arrived in recent days in the heavy heat at the Corona test complexes operated by the Home Front Command and Sheba Hospital were forced to return to their homes after the queue lasted more than two hours. These are the test complexes in the cities of Modi’in, Beer Sheva, Netanya and more.

“We also spent half an hour on fuel and the service in the compound was so slow that I realized it was better to return home,” said Amir, a resident of Modi’in who arrived yesterday to do a corona test at a city command compound. “People, like me, gave up on the queue and left the compound. If the inspections are not carried out at a fast pace, people will give up these compounds.”

Aryeh Abramson, a resident of Modi’in, waited two and a half hours yesterday to undergo a corona examination. “It does not make sense. It should not take more than ten, twenty minutes at most. If they are not able to operate the compound effectively they will close it. There is no need for anything ineffective. They just dry people in line. They will bring more reinforcements of teams and open more tracks.”

In Be’er Sheva, too, many residents who came to the compound near “Cinema City” encountered a corona examination in a long line that lasted and lasted more than an hour and a half. “It was insanely hot there. People have dried up. Even if inside the vehicle you feel it. There were full of people who just left the compound because they could not stand in line. Dozens of vehicles lined up at the height of the heat. The compound was not covered. It is an unbearable heat, “noted Guy Netivot,” how they did not learn the lesson from previous times, which will bring more manpower and the queue will be fast. ”

In Tel Aviv, there were similar sights at the entrance to the exhibition grounds – Rokach Boulevard. “If the line is not fast, people will stay at home and prefer not to go through this hell,” said a Tel Aviv resident.

No response was received from Sheba Hospital, which operates the complexes in Be’er Sheva, Modi’in and Tel Aviv.