Which vaccine is better – Pfizer, Moderna or AstraZenka? 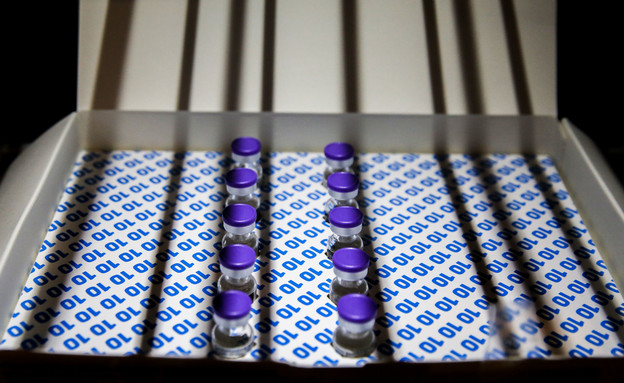 The attenuation of the vaccines over time and across the various variants of the corona virus (Covid-19) is already a reality we live with. But do all vaccines fade equally? A study by Oxford University researchers found that while Pfizer’s vaccine is more effective immediately after the injection, it seems that the protection it provides also fades faster. It is not yet clear how a third booster shot of the two vaccines changes the protection they both give.

The study was published by researchers at Oxford University, where the Astrazhanka vaccine was also developed, but it is not the same team of researchers.

According to data from laboratory experiments, Pfizer’s vaccine loses about half of its protection after four months, reaching about the level of protection of the Astrazenka vaccine, which drops more moderately. The advantage and disadvantage of RNA-based vaccines is that they enter the body and are eliminated from it very quickly, while the Astrazenka vaccine is based on a spike protein worn on a carrier virus that replicates itself in the body. Therefore the response is more similar to a natural vaccine, although the risk may also be higher.

It was also found that the modern company’s vaccine probably fades more slowly than that of Pfizer. The Financial Times reports that in a study conducted at the Mew Clinic in the US, the effectiveness of Pfizer’s vaccine in preventing infection fell between February and July to 42%, while Modern’s vaccine remained effective at 76%. It is unclear whether this is a result of time or Of the Delta variant.Similar results came from an experiment conducted in Qatar.

This is an interesting finding in light of the almost identical safety and efficacy results obtained by the two vaccines in large-scale clinical trials. It seemed for a moment that this is almost the same technology, but apparently small changes in the composition of the substances designed to carry the RNA into the cell can significantly affect the duration of the vaccine. It is also possible that this is a dose difference. Moderna’s vaccine includes a larger amount of RNA. If so, a booster injection may restore Pfizer’s effectiveness.

These findings put Pfizer in a dilemma. Until the arrival of the Delta variant, its vaccine is considered the best on the market. It can try and create a variant-adapted vaccine, however it has large stocks of its existing vaccine, both in its warehouses and in different countries.

If a variant variant is developed and it is better than the existing one, the countries will want to replace it. On the other hand, if the booster vaccine provides adequate protection, it will be possible to use existing stocks. But this is a gamble, because if the booster vaccine does not provide adequate protection, another company may bypass Pfizer for a variant-adapted vaccine or one that is more durable in the first place, perhaps even an intra-epic vaccine or a swallowed vaccine.

Pfizer is also conducting an efficacy trial in its immunization in children. This experiment uses the original vaccine, and was conducted in the United States, where most of the morbidity now is the Delta variant. Delta variant when it is “fresh”.

But the effectiveness of the vaccine in children will be tested not according to their actual morbidity, but in the laboratory, in their ability to produce binding antibodies against the virus. It was decided to do the experiment this way after it was found in adults that this measure is a successful proxy for the actual effectiveness of the vaccine. At the moment, however, with the arrival of the Delta variant, it is not clear whether this approach actually gives enough answers, even if the test in the laboratory will be against Delta. If no change in protocol is needed, vaccinations for 5-12 year olds should arrive by the end of the year.