Only 3% are serologically positive 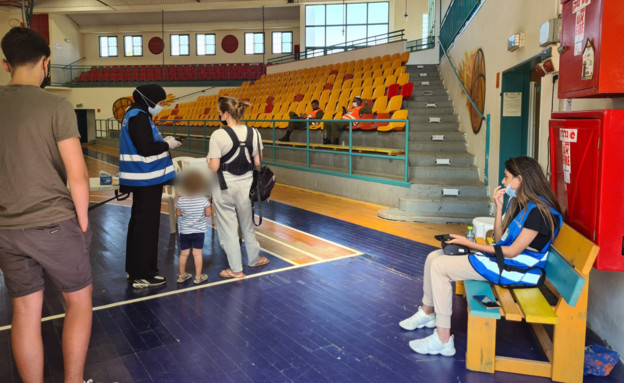 After the first day of the serology survey in the secular sector, the mayor of Hod Hasharon, Amir Kochavi, tweeted yesterday that only 15 of the 453 children who came for the test were found to be positive. “And I hear similar things from other mayors.” This means that 3% of children up to the age of 12 will be exempt from isolation in the next school year. The rest will be required in isolation or rapid testing.

The Ministry of Education hoped to find that many children have already recovered, which means that the disease passes without symptoms or with mild symptoms on many children, and that the risk potential for the remaining children is low. In some of the cities in the ultra.Orthodox sector where the pilot was conducted for the survey, the rate of recoveries that were unknown is about 20% and it joins about 10% .15% of recoverers who were already known.

In such a case, the classrooms can continue to operate even if there is a verified sick classroom and the children who do not recover must be isolated. There is a program for testing children in rapid tests for seven consecutive days in case of classroom exposure, as an alternative to isolation, and in places where it turns out that most children recover, the price of this program can drop significantly.

These results represent only the first test day in Hod Hasharon, which is a city that was only slightly affected by the first waves. It probably represents the low shortening of the tests, while Elad, in which 25% were found to be positive, represents the high extreme.

The good news is that most children have probably not had coronary heart disease, because at least in previous variants, the risk of infection from child to child was low. With the Delta variant the chance has gone up, but may not yet reach the adult level. It also seems that if these are the results of the truth, then the fading of the epidemic between the closures was real, and was not only due to a change in the testing routine.

There is an alternative explanation according to which in both places, Elad and Hod Hasharon, the number of children exposed was higher, but their antibodies faded. If this is indeed the case, it is not clear what protection has given previous exposure to the disease now. What is clear is that we are far from herd immunity, because even cities that were severely affected by the plague in previous waves, such as Bnei Brak and Elad itself, quickly turned red when the fourth wave reached them.

If about 10% of morbidity has resulted in about 800 hospitalizations of children to date, then it seems that in order to reach herd immunity we will have to go through thousands of hospitalized children. The vaccine for children is on the horizon, and may arrive by the end of 2021, but it is not clear whether it will already be a vaccine adapted to the Delta variant.

Yesterday, against the background of the continued increase in the serious illness, which now stands at 672 people, the outline was approved for the return of most of the children to the school year in about two weeks. According to the outline, the year will open as usual. Classes that will go into isolation, and are expected to have many, will be able to opt for an alternative of rapid testing for seven days, but it is still unclear how these testing will be performed and on what budget.

Vaccines will be given in schools to children whose parents will approve it. In red cities, where there is less than 70% immunization among young people, those aged 14 and over will move to online learning. The issue of the green mark for teachers and teaching staff has not yet been resolved. Education Minister Yifat Shasha Bitton expressed concern that if teachers without a green card could not work, there would not be enough teachers or teaching supporters in the system to replace them.

Meanwhile, the third vaccination campaign continues, and the government hopes that it will reduce both the serious illness and possibly the spread of the plague as a whole. At present, the effect on the overall serious illness is not yet noticeable, although data published by the Ministry of Health show that the vaccine is effective in preventing serious illness among those who have been vaccinated.