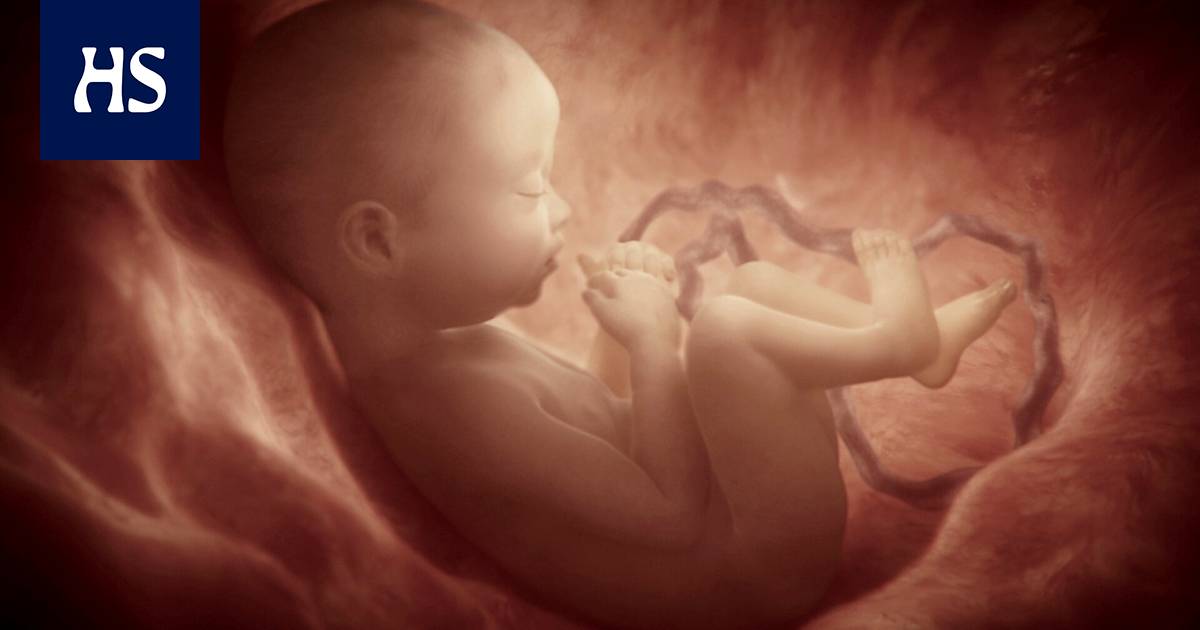 Bone growth begins to slow in the fetus about two months before birth.

The fetus clavicle growth slows as the pregnancy draws to a close and it is time for the fetus to enter the world.

This leaves the shoulders of the fetus slightly narrower during childbirth.

The growth of the clavicle bones then accelerates again in early childhood, once an awkward obstacle, or a narrow birth, has been overcome.

This became clear when Japanese researchers compared skeletal growth in fetuses of different humans and monkey species. The fetuses and newborns of humans, chimpanzees, and macaques were included in the comparison.

Surgery professor Naoki Moromoto The University of Kyoto and its team scanned the bones of 81 humans, 64 chimpanzees and 31 Japanese macaque monkeys.

Bone growth curves could be read computer layer imaging scans and images. They showed the size and shape of the skeleton of the fetuses.

The described fetuses were at different stages of development. Half of those described were already born.

The researchers measured the lengths of different bones in the skull, shoulders, upper arm, pelvis, thighs, and spine.

In humans the clavicles and shoulders in particular appear to be preparing for birth based on the results. Their growth began to slow down about two months before birth.

The slowdown in growth clearly coincides with the fact that the shoulders must also fit through the pelvis during childbirth.

The growth of the spine has not been studied before birth. This was already known.

So it was a good comparison to other bones in the fetus, Morimoto says According to New Scientist.

The study confirmed that in all those studied, the rate of skull growth also slowed just before birth, says Morimoto. This has been shown before.

The head flattens even to the eyes during childbirth. This allows the baby to get through the uterus better.

“The birth of a person is hampered by two things: a big head and broad shoulders.”

Apparently slowing bone growth is an evolutionary means of making it easier for babies to squeeze into the world through the mother’s narrow pelvis.

This is the case for all primates, but in humans this is emphasized.

“Because childbirth is a danger, it makes sense to think that people have evolved ways to alleviate the problem during evolution.”

It is easier for monkeys to enter the world than for a human fetus.

The clavicle of monkeys, in this case chimpanzees and macaques, grew quite more evenly before and after birth, Morimoto says.

One fundamental reason for the slowdown in human bone growth is that man rose to an upright position during his evolution. The upright position offered benefits to human development, but left the woman’s hips quite narrow.

”Emme still do not know why this slowdown in growth is especially visible on the shoulders. The fetus could prepare for childbirth in different ways, for example by slowing down the growth of all its bones. ”

This is how you think the second author of a published study, namely Mikaze Kawadaalso from Kyoto University.