The chronic diseases from which the celebrities suffer 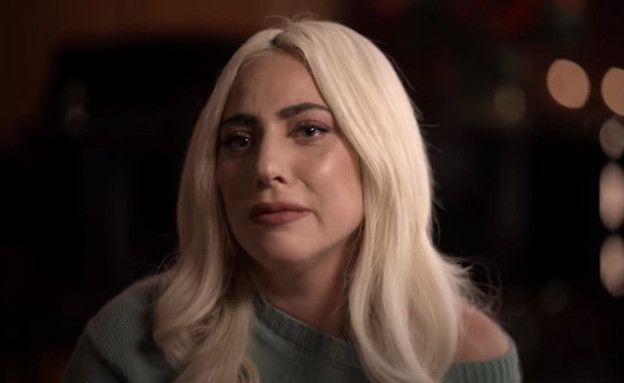 Dealing with a chronic illness is not just about medications and treatments (in cases where there are), because beyond the illness itself there can be a great deal of frustration of not knowing the nature and effects of the disease that can, surprising outbreaks that return again unplanned and knowing the disease may continue to attack again and again.Many celebrities have chosen over the years to share the chronic diseases they suffer from and live with, some of them very rare, when along with the mental process they themselves go through in dealing with the disease they have chosen to ‘talk’ the not necessarily pleasant symptoms and help remove the shame of symptoms.

Actress Jada Smith, who recently made headlines following the Oscar incident, has shared the disease more than once in recent years.Alopecia areata “which she is dealing with, when Last July, inspired by her 21-year-old daughter Willow, she decided to regenerate in baldness and alongside a shared photo she wrote: “Willow made me do it because it’s time to let go.” In a video she uploaded to Instagram recently, she said that: “This baldness and I will be friends … period. ”

Lady Gaga: “Waking up every day without knowing how you will feel”

In 2016, Lady Gaga revealed on Instagram that she was suffering from chronic pain but did not give further details. A year later she tweeted that the chronic pain she was dealing with was due to fibromyalgia. In September 2017 she was hospitalized due to severe pain and canceled a number of appearances. She then shared more with Vogue magazine and said that “chronic pain is not a joke”.

“I get upset about people not believing that fibromyalgia is real,” she said. “For me, and I think for many others, it’s a combination of anxiety, depression, PTSD, trauma and panic disorder, all of which send the nervous system into overdrive, and then there is nerve pain as a result. It’s waking up every day without knowing how you’re going to feel. ”

Selena Gomez: “I must remind myself that this is not a negative experience”

In September 2017, Selena Gomez reported on Instagram that she had a kidney transplant – due to a fight against lupus – donated by her good friend. Over the years she has shared several times about her coping with the disease ranging from chemotherapy treatments in 2015 and the period when she gained weight: “I have lupus and I am dealing with kidney problems and high blood pressure, so I have quite a few health issues to deal with, and anxiety attacks and depression due to the diagnosis. In another interview she concluded that: “At the end of the day, I think all the things I went through made me and defined everything I am at the moment. I think it’s a really nice thing, and I have to remind myself that this is not a negative experience.”

Yolanda Hadid: “I learned to love every part of me without apologizing”

Since being diagnosed in 2012, Yolanda Hadid has been a star “Real Housewives in Beverly Hills ” She documented on the blog her journey with the Lyme disease she suffers from, including the various treatments she has undergone over the years. In 2015 Hadid’s friends from the series joined her in spreading Lyme disease awareness by participating in a campaign that encouraged people to be photographed with real lime.

“I can only hope that by sharing this not-so-glorious journey, millions of neglected Lyme patients will receive medical recognition for their illness and appropriate treatment for any attainment,” she wrote on Instagram, adding that she does not ask for mercy. “I learned to love every part of me without apologizing.”

Yolanda’s daughter, model Bella Hadid revealed in 2016 that she also suffers from the disease and detailed the difficulties she experiences every day. “I have been suffering from at least 10 symptoms every day since I was 14, but in a more aggressive way than I did at 18.”

Lina Dunham: “I need support, not just from my friends”

Dunham has previously revealed her struggles with anxiety, pill addiction and endometriosis, which forced her to undergo hysterectomy, shared about two years ago that she suffers from a disease that few are familiar with – Ahlers-Danlos syndrome.

After being photographed with a walking stick she explained in a post how to live with the rare disease: “An outbreak of Ahlers-Danlos syndrome means I need support not only from my friends, so thank you sweet walking stick! For years, I resisted doing anything that could alleviate my physical condition, I insisted that stick “Walking ‘makes things weird’, but it’s much less weird that I can be active than stay in bed all day.”