Rabbis call not to enlist in the “Rescue Union” organization 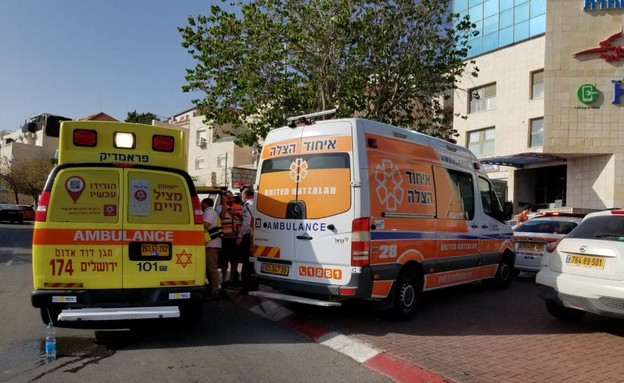 The rabbis of the Ihud Hatzalah organization resigned this week. In addition, they published a letter in which they called on the public not to volunteer for the organization. According to them, over the past year and a half, they have received complaints about changes within the organization that raise concerns regarding the spiritual condition of the ultra-Orthodox volunteers. “And now they have inquired and learned of the magnitude of the loophole, that the organization is on the fringes of the ultra-Orthodox camp including repetitive in question, secular and secular, (Arabs and Arab women), who participate and meet in activities and meetings, and mixed parties,” the letter said.

The civil wars between the various rescue organizations in the country have lasted for many years and included, among other things, an exchange of accusations, lawsuits and a lack of cooperation that endangered the lives of patients in the field. In 2018, the Ministry of Health launched a joint application for the two major organizations – MDA and the Rescue Union, after the organizations refused to pass on details to each other about urgent events. But tensions have not stopped since. Who was assisted by him.

About a month ago, the Ministry of Communications rejected MDA’s request to cancel the shortened number of the Rescue Union, an application that went on for a long time in the courts and was finally decided in favor of the “Rescue Union.” A., due to media attempts to damage the good name of the organization.

The Ihud Hatzalah organization was established in 2006 by CEO Eli Bir and currently numbers over 6,000 volunteers throughout the country. It was also recognized in the Security Service Law as a civilian security body authorized to employ members of the civilian security service, and so far hundreds of young people from the ultra-Orthodox community have served alongside many volunteers from all walks of life. About a week ago, the Ministry of Health approved the “Rescue Union” to operate an intensive care ambulance (ATN) in which the head of the team is a paramedic and not a doctor, a right that until now was reserved only for the MDA organization.

“Will not affect the volunteers in the organization”

“Recently, there have been all kinds of extremists in ultra-Orthodox society who oppose the organization. In the past, the organization was very ultra-Orthodox and today it claims to be everyone’s home with no connection to personal opinions, so now that it’s all it is less suitable for them.” Chen Rotenberg, a medic and model at the Rescue Union for a year and a half, who shared the letter on her Facebook page, tells us.

According to various sources in the organization, the current move is part of a vested interest in harming the campaign to recruit life-saving equipment for the “rescue union” that is taking place these days and prevents foreign considerations, which have nothing to do with saving lives.

No response has yet been received from the Rescue Union.