“Poisonous and painful” .. a promising treatment for cancer from a tree covered with needles in Australia 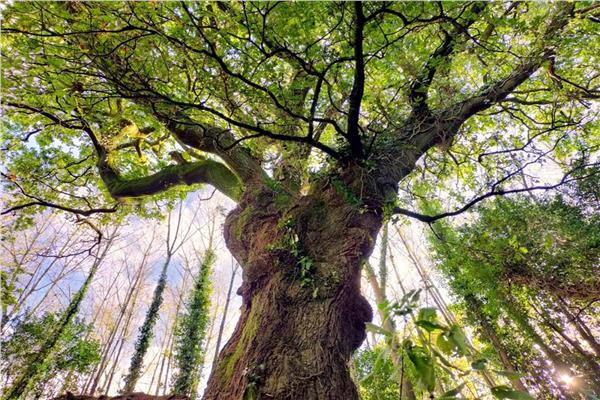 Cancer is one of the great challenges facing doctors and scientists, and research is still underway to find a cure for this disease, which causes the death of many.

According to the statement website, researchers have discovered a promising treatment for cancer produced by a poisonous Australian tree, as the researchers explained that the Australian tree, known as “gymbe jimbe”, is a plant that many people avoid at all costs, because it is covered with thin needles of silicone, and is covered with one of the most poisonous Painful in nature, a compound called “morodin”.

And they mentioned, during a study published by the “Middle East” website, quoting the Journal of the American Chemical Society, that there is another aspect of this compound, despite causing pain, it is linked to the cytoskeleton of cells, which prevents them from dividing, which makes it a promising candidate as a chemotherapy for cancer, But the problem is not being able to harvest enough of it due to the nature of this tree.

The research team from the Whitehead Institute for Biomedical Research in Massachusetts in America announced the first method for the biological synthesis of the compound “morodin” inside the tissues of the tobacco plant, which facilitates its use in cancer treatments.

Morodin is a bicyclic molecule with a very complex chemical structure. Its anti-cancer properties are due to its unique structure that allows it to bind to a protein called tubulin, which forms a structural system for living cells.

The team was able to simulate this molecule and produce an analogue of it in the tobacco plant by some genetic methods, which they called “Selugentin C”.

They tested its anti-cancer activity against a human lung cancer cell line, and found that “the compound was toxic to cancer cells.”

Roland Kirsten, of the Whitehead Institute for Biomedical Research, said: “The plant has developed this compound over millions of years of evolution to deter any animals that want to eat the leaves, but the situation is different when used as medicine.”

Kirsten added that “the painful reaction that occurs when the mordant enters the body through a sting from the tree will not be a problem, the pain that occurs if the compound is injected into the skin, it will not be if you take it orally or intravenously, it is likely that your body will not feel pain.” .