What do you do when the treatment is over? The rehabilitation that promises cancer patients a good life 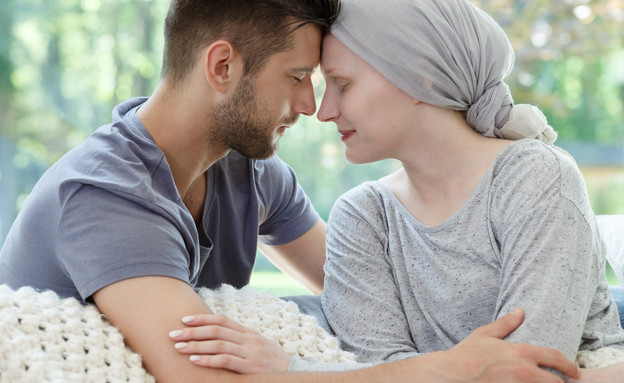 In the journey that cancer patients go through, it seems that everything converges to the therapeutic stage – adjusting the most appropriate treatment for the diagnosis, whether it is surgery, radiation, chemotherapy, biological, hormonal or immunotherapeutic treatments and dealing with side effects. But there is another issue that in the worlds of cancer hardly gets a place – rehabilitation.

“The initial emphasis in treating oncology patients with the discovery of the disease is the medical aspect: dealing with the drug treatment needed to heal the patient and minimize the damage of the disease. Patients at this stage are busy managing the disease; Every day in everything related to the medical treatment of the disease, “says Sharon Harel, occupational therapist, director of remote movement rehabilitation and cognition at Sheba Beyond, Sheba Medical Center, Tel Hashomer.

At the end of the medical procedure, they are seemingly ‘healthy’, the disease is no longer active, but functionally they are far from what they once were, and then another stage of coping begins – coping with a return to routine; Home management, raising children, returning to work and more. All of these require emotional coping, physical coping with weakness, fatigue, pain and limitation in movement and cognitive coping with everything they have been through in the last year or two, and of course any side effects they have from the treatments. For example, after chemotherapy treatments there is a phenomenon called chemo brain Expressed in cognitive decline. Patients complain of difficulties in memory and concentration, they indicate difficulty in extracting words and loss of sharpness of thought and difficulty in managerial functions, such as performing several actions simultaneously, planning an agenda, managing an appropriate routine that includes proper energy distribution and ensuring proper execution of things.

The goal of the rehabilitation process, in medicine in general but also in cancer patients, is to help the patient improve his functioning so that he can regain his independence as much as possible and improve with his quality of life. A good rehabilitation process is a process that combines forces between several areas of rehabilitation, where each one promotes the patient in his or her own axis and in coordination with the corresponding areas. In remote rehabilitation, rehabilitative treatments are provided in the field of occupational therapy, physiotherapy, communication clinics and the emotional field. Or cognitive designed to help the patient return as much as possible to his significant occupations before the illness in leisure, work or home.In physiotherapy the emphasis is on physical function – to ensure that the person can function more easily in terms of walking, mobility, endurance, range of motion and pain prevention. “Focuses on treating acquired disorders in communication, such as language, speech and swallowing,” Harel explains.

“Rehabilitation should be an integral part of treatment, even when it comes to supportive care or a terminally ill patient, its quality of life is important,” says Rossi Navon, an oncology nurse and clinical specialist in supportive care at Sheba Medical Center, Tel Hashomer. “Rehabilitation is one word that includes all of a person’s coping physically, emotionally and cognitively. Things affect each other, because a person who is depressed will not have the motivation to try and improve himself.”

“Head and neck cancer patients face very severe damage from both the disease and the treatment,” explains Dr. Iris Gluck, director of the treatment of patients with head and neck cancer at the Sheba Cancer Center and the initiator of the study. As human beings. The ability to speak, our visibility, our breathing, eating or sight, and basically everything that affects our social existence is in this part of the body. When the tumor and lymph nodes are surgically removed and irradiated, the cumulative damage can have a dramatic effect on the person’s functioning, relationships with others or their ability to work, ranging from seemingly simple things like hoarseness that makes speech difficult to removal of part of the tongue that causes impaired speech. Hearing that is impaired and makes it difficult for the media, a repulsive mouth odor that can lead to damage to intimacy and, of course, the change in a person’s facial appearance. ”

The aim of the pilot conducted among head and neck cancer patients was to provide a rehabilitative response to patients who face complex functional and communication difficulties, with impaired body image and low self-confidence. Especially patients who come from underprivileged populations, from low socio-economic status, and whose voices are not heard. Remote rehabilitation allows those patients to get the rehabilitative response they need in the place where they feel most secure, at home. “When you go through the rehabilitation process at home, you are the ‘landlord’, you do not have to bother traveling to the hospital, looking for parking, but you stay in an environment that is pleasant for you. For head and neck cancer patients any such trip to the hospital is a very difficult event,” says Dr. Glock.

“These are patients who, as part of their illness, spend a lot of time in hospitals and medical centers, receive radiation and additional treatments, and undergo many tests. The medical part is very intensive,” says Harel. “In remote rehabilitation we save them this encounter with the white robes and save them back to the threatening experience of hospital and medical care. Moreover, we also prevent them from being exposed to infections in hospitals, especially now in the Corona period, and especially when it comes to people with immune systems Very poor. ”

“As part of the pilot, we encountered people who on the face of it seemed physically difficult for them, but we realized that a very large part of the difficulty was the emotional aspect,” says Navon. “Remote rehabilitation not only makes treatment accessible to them but also allows them emotional availability. This is true not only in the head and neck, but also, for example, in patients with diseases such as lung cancer, diseases in which medical advancement has significantly increased their life expectancy, five Or six more years, but in those years they need respiratory rehabilitation. Sometimes they are in a bad mood and unable to leave the house. .

“Study participants underwent a series of comprehensive diagnoses in different areas and categories, including examining the physical and cognitive aspects with a functional emphasis,” says Harel. Between eight and ten remote treatments, twice a week, each according to his need, with the help of occupational therapists and physiotherapists, with an emphasis on the motor-functional issue. The patient responds through body movements. A standard webcam captures his body movements and displays them on the computer or TV screen. At the same time, each patient also receives a personal training program that he performs alone in his free time in front of the system. ” “Here is the opportunity for the patient to practice more intensively, daily or even twice a day, thus speeding up the rehabilitation process and bringing about functional improvement in a shorter time.”

One of the other great benefits of remote rehabilitation is the ability to see patients in their natural environment; “We see the patient’s room, his kitchen, his living room, and can guide him on how to conduct himself within his home space. In addition, we also guide the family members or caregivers who are with him so that those patients can eventually finish our treatment when equipped. To continue, even when we will not be, “says Harel.

Despite the many benefits, it is important to note that remote care is not suitable for everyone and some clinical and technical conditions need to be met in order for us to achieve the benefits that come with it. For example, appropriate digital literacy is required. “Patients need to know how to operate the technology correctly, to be able to maintain good basic communication even from a distance, there must be the ability to understand instructions and physical support at home in certain situations.

The response of the participants in the pilot was very good. “When you know that twice a week a video therapist comes up in front of you and sees you, it creates a certain commitment without which you might have stayed in bed. It’s a snowball: once you start moving yourself, you feel better and then you’re even more advanced and functionally improved. “Sometimes it is very long, sometimes you just have to give the initial ‘start’ and accompany the patients until they enter the track. From there they can already continue alone or find frameworks in the community,” says Harel. “The very fact that someone was there for them gives them the confidence to come and try it again,” Navon adds.

As part of the pilot, each patient is required to complete a COPM questionnaire (Canadian Occupational Performance Measure) Which helps to overwhelm the functional difficulties experienced by patients in areas of life, for example taking shopping out of the car, taking a shirt out of the closet, going up to the second floor with the baby’s stroller or traveling by public transport. Activities that are very authentically taken from their daily lives. “We rated their abilities before the study and one of the very significant insights we found was that people improved significantly in terms of their functional performance in emerging areas,” says Harel. Forces between the doctor, nurse, physiotherapist and occupational therapist are necessary for the success of the treatment. We also learned that sometimes there is a need for referral for additional treatments; “For example, we referred a patient for further treatment in occupational therapy for the purpose of treating the scars that remained as a result of the operation, another patient was referred to a psychiatrist, another was referred to a psychologist,” she adds.

Today, Sheba’s remote rehabilitation system also provides treatments and services to those recovering from breast cancer, and continues research with other oncological populations. One of the significant effects of creating options for remote rehabilitation for oncology patients as well is in the way it has turned the spotlight on the issue of rehabilitation in general. “The perception in the oncology system was many times that these patients could not be rehabilitated at all, and the reference was that the oncology patient did not have much to rehabilitate. The establishment of the entire remote rehabilitation system showed that through rehabilitation these patients’ quality of life can be significantly improved,” “I think that if in the past the medical part, successes or failures were treated more, now I feel a change in trend: doctors ask and treat more issues related to the patient’s daily functioning, how he is doing, and what is difficult for him,” Harel adds. “Doctors also know that they have another address for referring patients, and that after they are released, someone picks them up, continues the process with them and accompanies them until the maximum possible return to daily routine.”