Israel: Extend the recall to all confectionery products 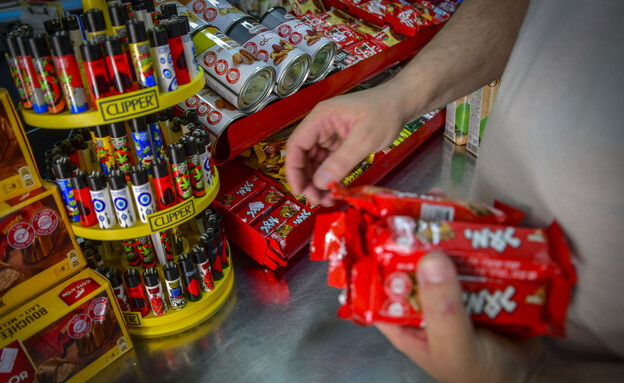 Salmonella panic: Strauss announced today (Wednesday) that it has expanded its recall to all products from the chocolate factory where the bacterium was first detected. These are elite chocolate products, elite cakes, elite waffles, energy cereal snacks, energy-coated chocolate chips, chewing gum and toffee candies – from all expiration dates. After the announcement, trading in Strauss shares was stopped for half an hour – and after trading resumed, the share fell by about 1.5%. In total, the stock has lost 2.15% so far today.On Tuesday, it was discovered that in routine tests at Elite’s chocolate factory, several samples of the salmonella bacterium were found on the production line and in the chocolate used as the raw material for various products. As a result, Strauss has announced a huge recall for many products, including: cow chocolate, time-out snacks, flavors, lentils, magnum and curls.

Today, the company decided to expand the recall even further, following tests that in recent hours raised initial suspicion of salmonella in two chocolate products out of about 270 samples. “In view of these results, the company’s management has decided to take full responsibility and not take any risk, even if it is low, and remove all factory products from the shelves,” the company wrote.

Eyal Dror, CEO of Strauss, said: “We will not take any risk regarding public health. Due to the great confusion created among consumers, we decided this morning, in cooperation and coordination with the Food Authority in the Ministry of Health, to increase the range of caution and expand the collection of products – even though we do not currently have any indication of a problem with these products. We will not take any risk and bear all the costs as expected of us. All other products in the group are safe for consumption. ”

Strauss said: “Without a doubt, this is a groundbreaking event for the Strauss Group, which has been manufacturing and marketing dozens of beloved brands for many years and has maintained responsibility and transparency for more than 80 years. The company’s management apologizes to the Israeli public, customers and retailers. We will change and improve the test system and return to production only when we know that the factory and production lines are in order and the products are safe – as expected from a responsible company such as Strauss. ”

First publication: A year and a half old was hospitalized with Salmonella

Despite the huge recall, it appears that some of the customers who have already consumed the infected products have been harmed. Today we reveal that a one-and-a-half-year-old baby was hospitalized this weekend at Schneider Hospital after suffering from salmonella symptoms. The results of her test came today, and they confirmed that the baby suffered from the bacterium.

Her parents said that their daughter consumed Strauss chocolate products, and after the company’s warning was published, they checked the product’s barcode on the website – and discovered that it was a product that was on the recall list. However, Schneider said it was not possible to know the source of the bacterium.

In addition to the baby, a 10-year-old boy was rushed to Valley Hospital tonight after suffering from diarrhea, vomiting and severe dehydration. Laboratory tests performed on him confirmed the suspicion that the child was suffering from salmonella, and now attempts are being made to locate the source of the infection.