Enough diets? A bacterium has been found that makes people thin 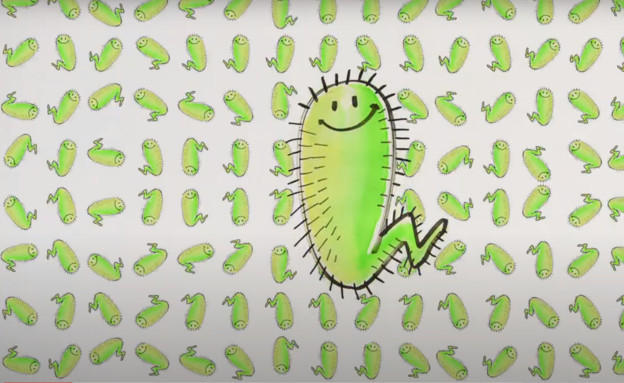 We are used to working very hard to maintain the weight or at least get as close as possible to the desired number. Every pound is a world and its fullness and every day is a new challenge. Has a fast, natural and mostly effortless way been found to maintain the shape? A new study has found a naturally occurring bacterium in the gut, almost absent from overweight and diabetic people, while it is found in healthy and normal-weight people.

These findings are the result of a study by Patrice Kane of the University of Leuven in Belgium, which concluded that “this bacterium called Dysosmobacter welbionis is the only cultivated strain of this bacterial family.” The researchers examined the effect of the bacterium on many mice and found that it increases mitochondrial function, thus causing weight loss and sugar levels and anti-inflammatory effects. An analysis of 12,000 stool samples from around the world revealed that the bacterium is present in about 70% of the population.

The results of the study explain the effects of bacteria on fat levels and open up new research channels for a possible effect on other diseases, such as cancer and inflammation. In the past, studies have found a link between different bacteria and metabolism, but few have been confirmed in human studies.

The mitochondria are a small and special organelle whose main and most important function is energy production. The following video spectacularly shows the process of producing the ATP In mitochondria:

Dave Asprey, a nutritionist and author of the popular book Strong Head, shared the study on his Instagram account and wrote: “It’s not available in the form of a supplement, so for now, the best bet is to meet and cuddle with someone really healthy, so he can share bacteria with you.”

Will such a bacterium really allow us to lose weight? Nutritionist Madeline Calps, doubts and claims that overall the bacterium is a significant symptom of health, and there is a benefit in having it in our gut, but it can not make us leaner. “There are many factors involved in the ability or inability to lose weight, from poor dietary choices, hormonal dysfunction to various lifestyle choices,” she said.

The bacterium as such is not currently available in the form of a supplement, but even if it is later sold in the pharma chains, it does not really mean that it is possible to become “armchair sweet potatoes”. According to Culps, the availability of the bacterium as a supplement can provide some positive results for weight loss, but it will have to be combined with a change in lifestyle and diet, just as weight loss surgery requires a fundamental change later on.

The slimming products industry with the ‘Zebang and we are done’ method is flourishing with a variety of acids, extracts and vitamins that guarantee us a fast metabolism with a minimum of effort. The temptation is obvious but the results are usually disappointing. Ultimately, all supplements should be considered as an added value alongside the main thing, changes in diet and exercise, the long and rewarding way in the long run.