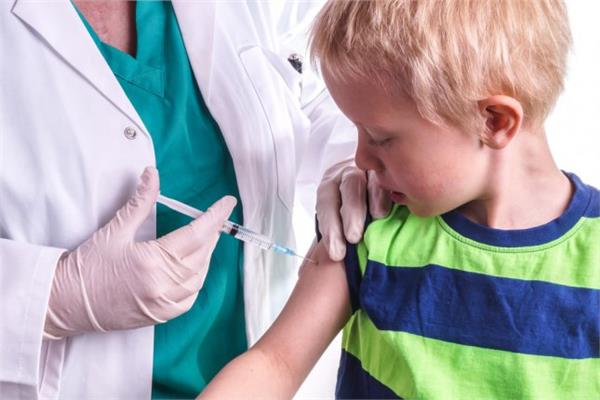 New research warns that infants and young children who have been given antibiotics may have a less robust immune response to routine childhood vaccinations.

The study was the first to suggest that antibiotics may inhibit the ability of young children to produce infection-fighting antibodies in response to vaccination.

Experts also cautioned that more research is necessary, and it’s not clear if antibiotic use is associated with higher rates of superinfection.

Routine childhood vaccinations against diseases such as polio, measles, mumps and chickenpox are highly effective. They work by exposing the body to killed or weakened versions of a germ (or part of it), which trains the immune system to fight off a foreign invader if a child encounters it later. Crucially, vaccines stimulate the immune system to produce antibodies that recognize specific proteins on the surface of germs.

But it has long been clear that children differ in the strength of their antibody response to vaccination. The reasons for this discrepancy are largely unknown.

“So far, the black box has been significant,” said lead researcher Dr. Michael Pichichiro. “Some people used to say that was bad luck, and that’s not a good answer.”

According to Picichiro, his team’s findings confirm that the use of antibiotics is a compelling factor. He said they stress the importance of using medications only when necessary.

The study involved 560 infants and children whose blood samples were taken in their routine examinations between the ages of 6 months and 2 years. The researchers used these to measure children’s antibody responses to four routine pediatric vaccines.

Overall, 342 young adults (or 61%) received at least one prescription of antibiotics. These children were more likely to show antibody responses to vaccines that were “less protective,” compared to children who did not receive any antibiotics.

The investigators found that among 12-month-olds who were given antibiotics, for example, just over 20% had a semi-protective antibody response to some of the antigens in the vaccines they received.

The researchers also found that the more antibiotic prescriptions a child received in the first year of life, the lower levels of vaccine antibodies were at age 12 to 15 months, and each prescription was linked to a 6% to 11% decrease in antibody levels, depending on the age. the vaccine.

Coronavirus in the world on December 1, 2022: about 648 million infections, more than 6.6 million deaths. Statistics by country