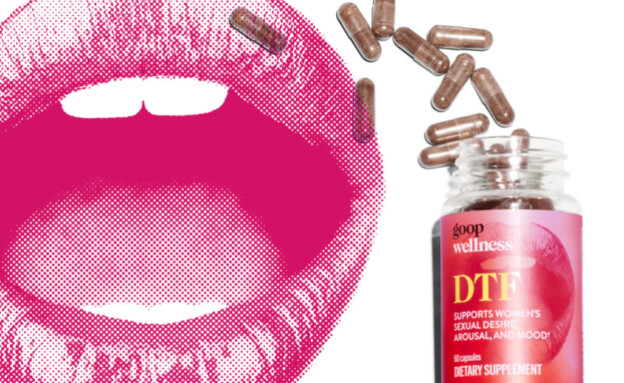 The market for natural supplements for improving and increasing sexual desire has expanded in recent years and marks the leakage of natural trends into the bedroom as well. Apparently this is not the only context, a study from 2021 revealed that adults and young people have less sex than previous generations, a result that is attributed mainly to social networks but probably also to other in-depth social processes. The sexual recession is in some cases also associated with a lack of sexual desire and causes many to try to take supplements to increase and increase the desire.The best known remedy for impotence problems are of course remedies In erectile dysfunction and impotence, e.g. Viagra, Cialis and Levitra, but there are quite a few who prefer to avoid them and prefer available, discreet natural alternatives without the need for a doctor’s prescription.

Also in Israel, a quick Google search will yield a variety of natural results offered to sufferers. Do natural substitutes really do the job or do they, like other natural promises, serve as a fertile ground for glamorous medical charlatanry?

‘Natural sex supplements’ are herbal remedies that include ingredients that are supposed to naturally enhance libido. The ingredients usually contain a mixture of herbs and roots that are accessible in stimulating aesthetics and in soft and adapted flavors. Dodge, the Maude sexual health brand, offers packages of 30 passionflower-flavored chewing gums – once a day each month – with the goal of “improving sexual arousal” by increasing blood flow and testosterone levels in the body. There is one for men and one for women, though they contain the same ingredients: a blend of pine powder, minerals from the ocean, L-Citrulline, L-Arginine to Thianin, Boron and Caffeine.

Last fall, Goop launched Gwyneth Paltrow’s lifestyle company DTF pills “to support women’s sexual desire, arousal and mood” (“Down To F – – k”) with ingredients like fenugreek extract, Chateaui plant and saffron. According to the company’s announcement, Goop’s science and research team has developed the over-the-counter supplement to treat “common physiological barriers to libido.” In the end, they decided on a recipe for fenugreek extract that “supports healthy sexual stimulation and passion in women” – shatavari (“traditional female health adaptogen”) and saffron extract that provides “mood support”.

Some health experts have questioned the validity of the extract in question. Timothy Caulfield – research director at the University of Alberta’s Institute of Health Law – called Goop’s DTF pills “extremely exploitative noise shrouded in false rhetoric of empowerment.”

Perhaps the most dubious sex supplement that has resonated recently is rapper Cam’ron’s Pink Horse Power, which released the product after singer Rihanna’s pregnancy was reported. The strange product comes in the form of a hot pink jar and contains only three ingredients (ginger, ginseng, azidrachta indica). Experts who commented on the product argued that the product gives nothing but, perhaps, the rapper’s potential love for horses. “It seems even less evidence-based than Goop’s DTF,” said Dr. Federica, public health scientist and Chief Scientist of Never Go Alone. Ginger’s connection to sexual function is not clear, ginseng has some interesting results regarding the level of glucose in the blood, but nothing specific to sexual dysfunction or sexual desire. ”

Given the lack of scientific evidence to support the effectiveness of popular supplements, there is no concrete way to really know how they affect the body more than any other vitamin. In addition, there are quite a few other factors – psychological, stress, metabolic health – with a big impact on libido, that these supplements probably will not solve.

Jordan Dixon, a psychotherapist and sex therapist argues that the problem is not that people have less sex, but why they feel the need to buy pills to fix it. “The pill is sold as a quick fix, instead of treating something much broader. Many clinical psycho-sexual therapists like me know that supplements, or quick fixes that promise change, do not really work. Although they may have tangible effects for some, sexual desire and arousal are complex. And as such, they require a thorough assessment. ”

Many men and women continue to feel the pressure to satisfy their partner’s sexual needs as a sign that they are the ‘good partner’. “I believe that these sex supplements sell a fantasy that interpersonal, social and material problems that affect the lives and sexuality of women and men can be solved through a pill.”

“The most important penis – is the brain”

With a few exceptions, most sexual function supplements have not been scientifically researched. At best, argues Dr. Michael O’Leary, a urologist at Brigham & Women’s Hospital, they have a placebo effect. “It’s not trivial in itself,” he notes. [ויאגרה], The placebo response was about 30%. Which means the most important penis you have is your brain. In men, the brain controls stimulation to cause blood flow to the penis, and moreover, it controls orgasm and ejaculation. That’s why a lot of people with normal vascular function still have sexual dysfunction. ”

According to Dr. Olivier, the various supplements also constitute uncovered promises, and he cites a 2015 review of the best-selling male sexual health supplements that found little or no evidence to support claims they could improve aspects of sexual performance.

However, there are some studies that show a particular benefit of natural seeds. Fenugreek is considered a popular herb in alternative medicine and it contains ingredients that can be used to produce sex hormones like estrogen and testosterone. A 12-week study found that adding 600 mg of fenugreek extract daily improved sexual function and raised testosterone levels in 120 middle-aged and older men. Similarly, an 8-week study in 80 women with low libido determined that taking 600 mg of fenugreek daily significantly improved sexual arousal and desire, compared with the placebo group.

Spinach: five reasons to eat more of it

10 easy changes that will make your diet more diabetes friendly