What caused the collapse of Christian Eriksen? These are the estimates 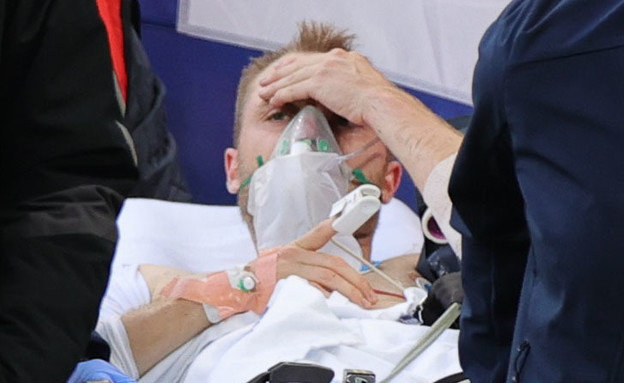 Moments of anxiety after the collapse of Christian Eriksen yesterday (Saturday) in Denmark’s game against Finland as part of Euro 2020 brought us back to past cases from the country and the world. The good news from Eriksen’s direction came about an hour after the collapse, after the UEFA and the Danish association announced that the player was awake, vital and communicating with his surroundings.

Dr. Michael Geist, director of the Electrophysiology Heart Unit at Wolfson Hospital, explains that in cases such as the Denmark national team star – the difference between a serious injury and a minor incident is sometimes a matter of minutes, if not seconds: There is an electric defibrillator and it is basically a life saving device. It is very important that in the case of Eriksen they reacted quickly, resuscitated him and gave him electric shocks – it saves lives. Of course, the tongue drop test is also very important, but it is less common for this to happen in such situations. “

“The immediate care on the field was very important,” Geist explains. “There have been cases of breakdowns in the past and because of ‘discomfort’ towards the crowd and the other players first took the player off the field and only then started treating him. These are critical minutes that can change greatly for the patient. Most likely if the injured player does not receive immediate electric shocks then There is a brain injury left or even worse. “

Regarding the future, Geist explains: “Eriksen will now have dozens of tests done. First of all, they will check if he is having a heart attack, which is very uncommon among a 28-year-old athlete who has been playing football all his life. Says that there is a chance that the case will repeat itself. If they find that it is a hereditary disease that causes a heart rhythm disorder – not sure the case will repeat itself and then a pacemaker will be implanted. What is quite clear now is that in the coming months That even groups will not want to take the risk. “

29-year-old Eriksen has two children, and in case of finding a hereditary disease they will also be tested: “The first thing to do if you find that it is a hereditary disease is to go to first-degree relatives and check if they also suffer, it is actually preventative treatment. But of course you can live with it.”

The collapse event of Manny Levy as part of a game in the Premier League is perhaps one of the most memorable events that took place in Israel. During a league game of his team Maccabi Tel Aviv against Betar Jerusalem, the 21-year-old Levy stopped a ball on his chest at the same time and kicked towards the Betar goal. Without touching an opposing player, Levy collapsed a few seconds later and lost consciousness.

After the incident, it became clear that Levy’s tongue base blocked the airway to his brain for a period of time that caused him to be paralyzed. About 19 years after the incident, Levy has still not recovered from it. He is currently cared for at home by his family, but he responds only by facial expressions. About 6 years ago, after Maccabi Tel Aviv won the state cup, the team visited him. Over the years, the family won compensation in compromise agreements.

The collapse event of Hapoel Beer Sheva captain Aliniv Barda took place during the team’s training and not in the game. Breda, 35, at the time of the incident, sustained a strong bullet to his chest and collapsed a few seconds later. He underwent immediate resuscitation using a defibrillator – something that saved his life. He underwent extensive tests and in fact did not return to play professional football after the incident.

Taibeh footballer Wahib Jabara collapsed during his team’s national league game against Bnei Yehuda on the field in Umm al-Fahm. Jabara swallowed and went to the hospital unconscious. He later died. Post-mortem surgery revealed that he was suffering from a heart rhythm disorder due to a heart muscle disease. An examination committee headed by Dr. Naama Konstantini revealed that Jabara, who suffered from shortness of breath in the effort, had undergone an ECG examination a year earlier which revealed alarming findings. He was referred for cardiological advice, but did not report for examination. Hapoel Taibe signed the form The player’s medical without seeing appropriate medical documents.