An unvaccinated teacher infected half of the students in Corona 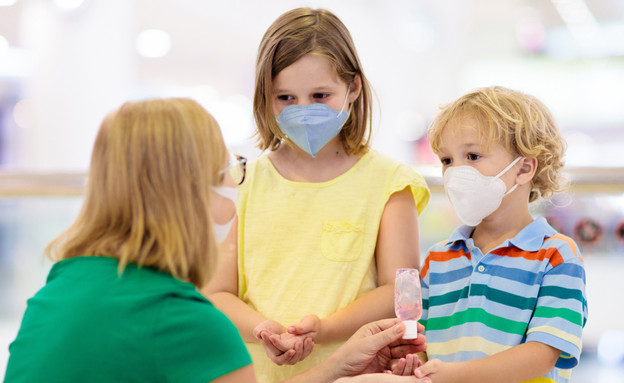 Currently, the school year will open as a series on September 1, as part of a “green class” pilot that will include rapid corona tests, serological tests and of course, vaccinations in schools for children aged 12 and over. After countless controversies, it was decided that children could be vaccinated in schools during school hours. This of course does not solve the challenge facing hundreds of thousands of students under the age of 12 who will not be able to get vaccinated as well as some 30,000 teachers and staff members who have not yet been vaccinated. One story in California illustrates how high the risk of infection in schools is.

An unvaccinated elementary school teacher in California infected 26 children, most of whom sat near her in front of the classroom. The teacher did not feel well for two days, during which she had symptoms of fatigue and nasal congestion, but she continued to teach for several days until she received a positive result for Corona. According to student testimonies, she took off the mask in the middle of the class for a few minutes, causing a mass infection. The teacher was the only one in the entire school who was not vaccinated, except for another staff member who could not be vaccinated due to illness.

CDC, American Center for Disease Control and Prevention, published The data over the weekend as part of the weekly report on morbidity and mortality, and concluded that The practical implications for public health are that “vaccines are effective against the Delta version, but the risk of transmission remains high among unvaccinated people in schools.”

Half of all the children in the class were found positive, as well as six more students from another class and eight family members of the students. All the rules were kept in the school including maintaining a social distance between the students and spaces between the desks in the classroom but despite this the virus found the loophole. The two classrooms were also separated in the courtyard with large tables in the center of the courtyard and a yellow ribbon. All classrooms had portable air filters and doors and windows were left open.

Dr. Rochel Wolansky, director of the CDC, told a news conference following the incident that “the evidence repeatedly proves that multilayer prevention strategies such as vaccination for all eligible children and adults, masks for all students, teachers, staff and visitors, as well as ventilation and physical distance, are the way to go.” Prevent the spread of Cubid in schools. ”

When will all the children be vaccinated?

simulation Published this month by a funded lab DCD, showed that in elementary schools 75% of children can be infected in the next 3 months, without masks or regular check-ups. around the world Also trying to deal with the start of the school year, and trying different strategies that try to combine a complete routine with maximum protection from the virus. One of the main problems is the staff members who are not vaccinated and continue to pose a high risk to the students who have not been vaccinated.

According to data in Israel, about 10 percent of all teachers are not vaccinated. According to the cabinet decision, the green label outline will apply to schools, which means that unvaccinated teachers will be forced to present negative tests. But it is still not clear how often they will be required to be tested and especially, whether and what sanctions will be imposed on them in case they refuse to perform a test. In the ultra-Orthodox sector, which already opened the school year about two weeks ago, an order was issued by the rabbis to suspend teachers who were not vaccinated.

Vaccination for children? not soon

The Delta outbreak along with the start of the school year has put new pressure on the U.S. Food and Drug Administration to approve the vaccine for young children soon. 11, and in late July it doubled the number of trial participants to test the link between vaccines for rare myocarditis, to learn about its effect in young children.This extension means that a vaccine for children is unlikely before the end of the year, perhaps even in early 2022.