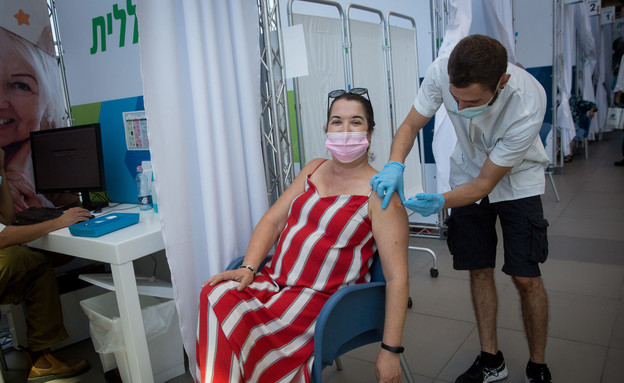 An international team of researchers from the worlds of biology and medicine, specializing in the study of iron in humans, claims that iron deficiency from a source of malnutrition or chronic inflammatory diseases may significantly reduce the effectiveness of the corona vaccine, alongside other vaccines.

The team is led by Prof. Hal Drixmith from Oxford University and Prof. Michael Zimmerman from ETH Zurich, In collaboration with Prof. Yoav Kabanchik and Prof. Haim Hershko of the Hebrew University, addressed a number of studies conducted on the subject, examined them and raised for the first time the possibility that people suffering from iron deficiency and anemia may respond to vaccines with relatively low efficacy – compared to those not.

The relationship between iron deficiency and the effectiveness of vaccines

A variety of vaccines have variable efficacy in different populations, age groups and in the context of certain basic conditions. The reasons for this different efficiency are still unclear. For example, vaccines against viruses and influenza vaccines are attenuated in infant populations in low. and middle.income countries, hepatitis B vaccines in patients with chronic kidney disease or celiac disease, and influenza vaccines in humans. All of these vaccines represent cases where iron deficiency is common and the result is a lower effectiveness of the vaccine.

The corona plague is increasing global food insecurity, which could exacerbate iron deficiency in the shorter term. According to the researchers, if iron deficiency also impairs the effectiveness of vaccines, in addition to known contributions to anemia and cognitive impairment, the existing and future impact of iron deficiency on global health may not receive the attention it deserves.

According to the article, it is not yet known what degree of iron deficiency is required to influence immune responses to vaccines, or perhaps other nutritional deficiencies, or inflammatory conditions, that may exacerbate the effects of iron deficiency. In addition, it is not known which of the various branches of the immune system are most susceptible to iron deficiency, or how the development and maintenance of immune memory is affected by iron.

According to the researchers, with the help of further studies and testing of the effect of taking iron supplements, ” it will be possible to increase the effectiveness of the vaccine and cause a significant improvement in mortality on a global scale. The potential effects of iron deficiency on the quality, size and duration of the immune response to the vaccine for corona should be examined.

How does iron deficiency affect the body?

Iron deficiency is the most common of all minerals worldwide, affecting more than 2 billion people. It is known that it may cause a decrease in energy production in cells due to a decrease in the amount of oxygen that reaches them and lead to symptoms like fatigue and weakness. The body needs iron to produce hemoglobin, and if there is not enough iron in the body, hemoglobin production will be limited, which will affect the production of red blood cells.

Iron has many sources in the diet. One of the richest sources of iron is animal foods, but it is advisable to avoid excessive consumption due to its negative effects on health. There are many plant sources from which you can get iron, like legumes, green leaves, quinoa, nuts and seeds.