In the Health Committee revealed: a 13% increase in the days of forced psychiatric hospitalization 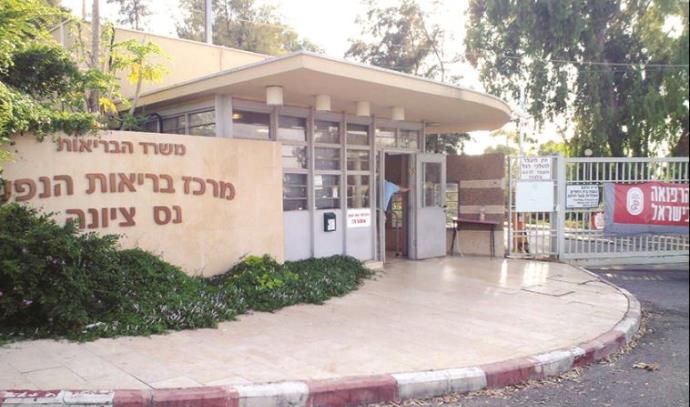 The Health Committee held a discussion today (Tuesday) on the issue of the mental health system in Israel – adversity and challenges in light of the corona crisis. During the hearing, the lawyer said Daniel Raz, The national commissioner in the field of involuntary hospitalization with legal assistance in the Ministry of Justice, because during the corona period there was a 13% increase in the days of forced psychiatric hospitalization. He added that “in the Tel Aviv and Central District, the increase is up to 20%.”

Chairman of the Committee MK Edith Silman: “This is a huge and extremely important field, which I personally come from and have been involved in for many years. There is a lot to do and improve and we are here to take care of it – treatment times, treatment, treatment sequence, rehabilitation baskets and more. We will work in full and continuous cooperation with therapists .

Dr. Zvi Fishel, Director of a ward at Geha Hospital and chairman of the National Council for Mental Health in the Medical Association, reviewed the condition of psychiatric hospitals in Israel before the committee. The average occupancy in the wards is 110%, and the average ratio in the OECD is 0.7 beds per thousand people, while in Israel there are only 0.42: “In the 29 years I have worked at the hospital, not a single bed has been added. The State of Israel has grown to at least one and a half million people. This leads, among other things, to violence between patients and between patients and patients. “Many studies around the world talk about the link between violence and overcrowding.”

David KorenThe CEO of ARN said: “During the corona year we wanted to add professionals, but what we were promised we did not receive and probably will not receive, this is what was told to the Ministry of Health this week. Happy New Year, we are going to be in a changing and volatile reality over time. At this second we have 22 volunteers receiving calls and every day we physically rescue three people. We would save more if there was more awareness. In the last month we have uploaded a new WhatsApp service, teens and young people are constantly turning .

Jonathan Amster, The head of regulation in the Prime Minister’s Division of the Ministry of Health, commented on the allegations made by the participants: About 18,000 people are hospitalized each year and about 300,000 people are treated in the community. When the service in the community is strong and significant, it reduces the need for hospitalization, without underestimating the problems that have arisen here regarding the system. “There are plans that will be realized soon to shorten the queues for mental health care in the community and for additional services in the community, and we hope that after the budget is approved, we will be able to embark on an accelerated implementation.”

After the discussion, MK Silman said that “the discussion today is only open, the goal is for the field of mental health to be part of the discourse on health in Israel as far as diseases are to be treated and we will strive for this.”