What happens to the body when you mix caffeine and alcohol? 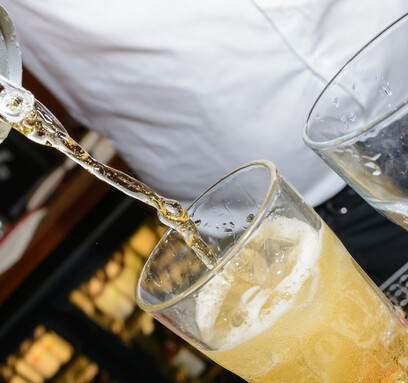 From Red Bull vodka, energy drinks to blends to more solid options like espresso martinis and Irish coffee – the stimulating combination of caffeine and alcohol often winks, especially in the small hours of the party when the body signals it has done its thing but the mind and soul still want to celebrate. Caffeine prevents fatigue, makes us feel less drunk than we really are and allows us to continue spending time, but is it also safe?US Food and Drug Administration Considers caffeine an “unsafe food additive” in alcoholic beverages, and in 2010, he even warned the manufacturers of seven alcoholic beverages containing caffeine that they could not be sold in their current form, as they are not considered safe. What are the direct effects on the body after a mixed consumption of alcohol and caffeine?

Adverse health effects of caffeine and alcohol consumption together

Mixing caffeine and alcohol can have negative short-term and long-term health effects. Alcohol suppresses the activity of the central nervous system by increasing the amount of a neuromodulator called adenosine (which slows down nerve activity) in the brain. Caffeine, on the other hand, is a stimulant of the central nervous system, and it causes a feeling of alertness by blocking adenosine from binding to its receptors.

By consuming both substances at the same time, the stimulating effects of caffeine can mask the calming effects of alcohol – which can lead to excessive alcohol consumption. A 2014 study found that drinkers aged 15 to 23 who mixed alcohol with energy drinks (which contained caffeine) were four times more likely to drink an excessive amount compared to those who did not mix the two ingredients.

Another risk is associated with a dangerous rise in blood pressure. Both substances also affect the cardiovascular system. Caffeine increases blood pressure and heart rate shortly after consumption, and alcohol may temporarily increase blood pressure while drinking excessively.

Because both caffeine and alcohol can raise blood pressure, mixing the two substances can be especially dangerous for people with cardiovascular disease or other heart disease. High blood pressure has no symptoms and may end in a heart attack or stroke. In general, excessive drinking can lead to a long-term rise in blood pressure, which in itself increases the risk of heart attack, stroke and heart failure.

Is it advisable to drink caffeine and alcohol at the same time?

Even if you do not actually mix caffeine and alcohol in one glass, but drink them at the same time, it is best to separate them as much as possible. It generally takes fluids about an hour to empty from the stomach, and alcohol and caffeine levels peak in the blood one to two hours after consumption. As a result, caffeine side effects can mask those of alcohol if you consume both within 60 minutes. The more time between these two substances, the lower the risks to the body and excessive drinking.