It is important to know the severe symptoms 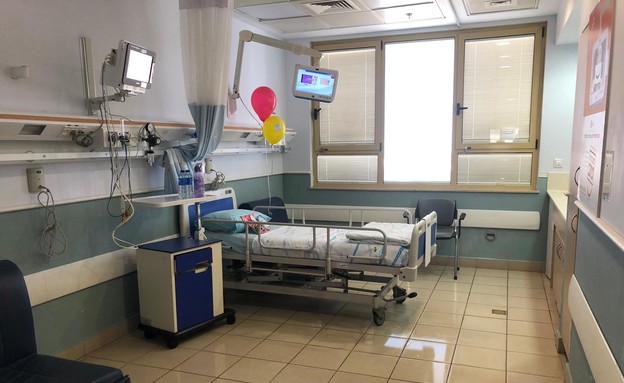 A 3-year-old girl from the north who was supposed to go to pre-compulsory kindergarten today, fell ill in Corona a month ago, recovered and is now anesthetized and breathing due to severe post-Corona symptoms that were not detected in time at the HMO examination. “It’s important to me that they be familiar with the effects of post-corona. If we were in the early stages of symptoms it would probably have been possible to avoid such a deterioration,” her father says in a conversation with .

September 1 is a holiday for hundreds of thousands of parents in Israel, with the children returning to educational institutions. But for one couple this is a particularly difficult day. The daughter of a couple from the north, 3 years old, is lying anesthetized and breathing at Sheba Hospital, due to severe post-corona symptoms. A., the father of the family, wants to contact all the parents and explain that “this is not fate.” The knowledge of parents of children recovering can very likely prevent the children from deteriorating into a difficult situation, such as the one that their little daughter, who was supposed to have her first day in pre-compulsory kindergarten, reached today.

The 3-year-old contracted in Corona when she was in kindergarten on August 1, so the parents received a positive answer. The kindergarten staff, it should be noted, was vaccinated, and the girl was obviously not vaccinated due to her age. Everyone, staff and parents (who were also vaccinated) contracted corona like the girl and recovered from the disease.

“It’s not easy to see your daughter like that”

However, shortly after the little daughter recovered from the corona she began to suffer from vomiting, abdominal pain and diarrhea. “Like this for a week when we take her over and over to the family doctor.” Father number. “She does tests for her and does not recognize anything special. She recommended a rest and asked us to bring her for a check-up on Sunday. On Saturday morning she woke up with red eyes and we thought it was an infection. That day we drove to my parents in the center and on the way she asked to evacuate. “I saw the shirt all over her back with a red rash. When we got to the center, her lips swelled and the girl was apathetically very weak and with a high fever. A friend of my parents who is a doctor, said it did not look good and we will take her urgently to the emergency room.”

At the hospital, the girl was examined and debated between two diseases: “Kawasaki or PIMS (Which is considered post-corona disease), when these two diseases have similar symptoms and the treatment is quite similar, “explains A.” On Saturday she was hospitalized in the pediatric ward, on Sunday we were transferred to the intensive care unit and on Monday we fell asleep and breathed. Now my daughter is anesthetized and breathing in critical condition in intensive care. We are mostly told to pray. Right now the medical staff hopes to take control of the deterioration and then hope to see improvement but we are not there yet. We are on the face, crushed, “said the broken father.” It is not easy to see your daughter like that, a girl who is smiling and active is suddenly lying with all sorts of devices on her body. ”

“Deterioration could have been avoided”

“And the reason it was important to me to publish our case, it tended to raise awareness of the symptoms of this disease. Her pediatrician did not even know what she had while we were a week with fever, vomiting and diarrhea and think it was a virus. And there is a chance that she has Post Corona Syndrome. ”

A. explains that it was very possible to avoid the difficult situation. “If we were aware that there was such a thing as ‘post corona’ we would have acted before, we would have gone and done the tests. The symptoms of this PNS would have been avoided. ”

Here comes the most important point – Children who have recovered from corona and then symptoms appear including fever, abdominal pain, vomiting and diarrhea, their parents must take them immediately to the emergency room. They should insist in front of the family doctor and check that it is not a post corona disease. “Many times GPs are also unaware of this. People are unaware of this horrible syndrome even though all the information is on Google. Be aware and insist,” the father said, almost pleading in a broken voice.