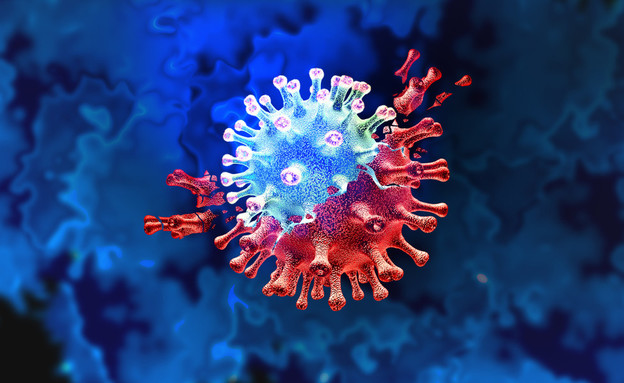 Has another corona strain been detected that will slow down the epidemic? The frequency of the new variant has recently increased in South Africa and more cases of it have been identified in other countries. Scientists are now testing whether it is more contagious than the Delta strain and how resistant it is to vaccines. “If you can understand something about the virus and characterize the mutation, you can also stop its spread to a certain point, before it becomes a problem.”

A moment after the third vaccine was opened in Israel to the entire population and the rate of spread of the delta version shows signs of inhibition, a new cause for concern arose with a new mutation in the virus discovered in South Africa. Its infection rates are currently low but it is too early to determine if it is more contagious or resistant to vaccines. After the Lambda version that worried many, this is what we now know about the C.1.2 strain.

The new variant was first identified in May and has since spread throughout South Africa, and more cases have been identified in other countries such as China, New Zealand and the United Kingdom. Scientists are troubled by the new version because it contains known mutations associated with other versions of them, in cases of over-adhesion and high resistance to antibodies.

Scientists do not yet know at this stage whether the current group of mutations, as discovered, will make the variant more dangerous due to the changes it contains. Among other things, they are trying to understand how resistant this mixture is to the various antibodies and whether the rate of spread of the variant is faster. “There is potential for greater transmission, but it depends on how all of these mutations fit together.” Said Kevin McCarthy, professor of microbiology and molecular genetics at the University of Fistburg.

Currently most corona cases in South Africa are caused by the Delta version, but what worries scientists is the possible rate of spread of C.1.2 which has been identified as almost twice as fast as the other versions. The proportion of infections is still low but there is an increase, and in May the infections stood at 0.2% and today they are already at 2%.

“Vaccines still protect against the virus”

“Scientists in South Africa are monitoring a new version of the corona virus with an unusually high mutation rate, and its frequency has gradually increased in recent months.” This was reported by the National Institute of Infectious Diseases (NICD) in an official announcement. “Based on our understanding of the mutations in this version, we suspect that it may be able to partially evade the immune response, but despite this, the vaccines will still offer high levels of protection against hospitalization and death,” the institute said. “At this stage we have no experimental data to confirm how it responds to antibody sensitivity,” described Penny Moore, the institute’s researcher. “But we have great confidence that the vaccines activated in South Africa will continue to protect us from serious illness and death.”

Quick thread on the C.1.2 variant that has been in the news and on twitter today…

First remember that the more the virus spreads the more opportunity it has to change. We have the tools to prevent infections, reduce the spread & save lives – lets use them.

The good news is that researchers have identified the current version much earlier than the previous varieties that managed to spread on a much larger scale until they were discovered and started researching them. “If you can understand something about the virus and characterize the mutation, you can also stop its spread to a certain point, before it becomes a problem.” “This is actually a great example of an event that the public watches in science at its best,” said Dr. Joshua Labar, director of the Institute of Biological Diseases at the University of Arizona.