Is carbonated water as good for health as water? 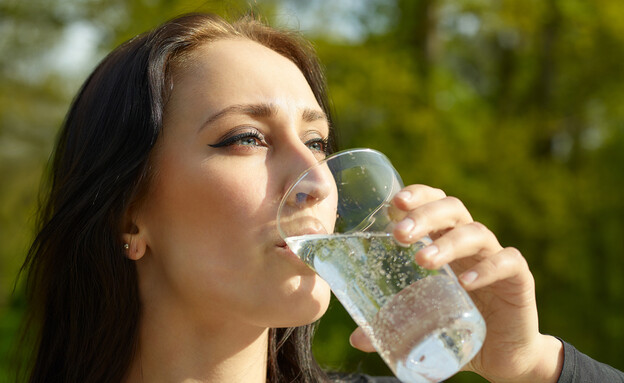 Not everyone loves water and yet the most existential and basic need is to maintain a proper level of fluid in the body. There are quite a few substitutes for raw water, some without calories, one of which is carbonated water, water that is soaked in carbon dioxide to make them sparkling, sometimes with added flavor. Do they meet the need similar to regular water and are they better than other soft drinks?What is the nutritional value of carbonated water?

By and large, carbonated water is water plus gas, No calories or sugar plus a very small amount of sodium, so they should be quite nutritionally identical to regular water. There are also companies that add small amounts of minerals like calcium and magnesium. Yes it is important to pay attention toList of ingredients of the various products that some brands add to the drink fruit juice, sugar or artificial sweeteners.

The following study examined the effects of 13 drinks on the hydration levels of 72 men and found that water and carbonated water bring about the same level of moisture in the body.

Can carbonated water be harmful?

Although the feeling of fermentation can wink at quite a few people who are tired of the plain water, it is important to pay attention to the possible effects. Studies have found that increased consumption of carbonated beverages can cause bloating and discomfort in the digestive tract because of the air that enters the intestines.

Can carbonated water damage teeth? A study in the Journal of the American Dental Association found that carbonated water may erode the teeth, compared to other beverages, especially those containing sugar, but the chances of them leading to cavities are very low. According to the researchers, for the average healthy person, drinking a normal amount of carbonated water should not be a source of enamel erosion.

Carbonated water versus carbonated soft drinks: which is better?

Most soft drinks are based on carbonated water, but they contain sugar additives, artificial sweeteners, phosphoric or lemon acid, flavorings, and color chemicals. Carbonated water is also better than baking soda, which in most cases contains quite a bit of sugar.

How much water should you drink per day?

Maintaining a high level of moisture in the body is critical all year round and even more so during the hot summer months. A proper fluid balance is necessary to eliminate waste, protect body tissues and maintain energy levels. The exact amount we need to drink daily varies depending on the sex, activity level and of course the climate. The most common measure comes from the U.S. Academy of Sciences, Engineering and Medicine, which recommends women drink about 2.7 gallons a day and men about 3.7 gallons a day. -13 cups for men.

One thought on “Is carbonated water as good for health as water?”