Two cases of monkey pox have been recently documented in England 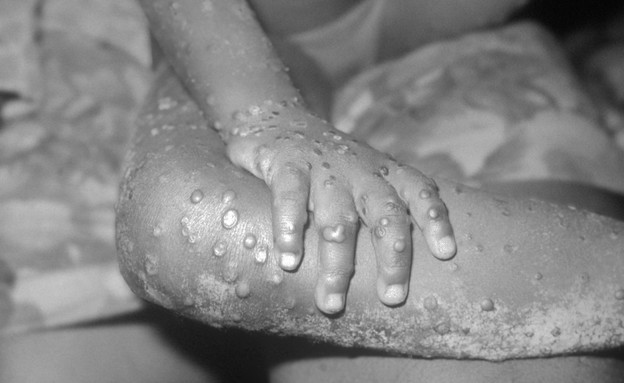 British Health Secretary Matt Hancock recently reported two recent cases of monkey pox in the UK. It is a rare disease, so a condition of two cases at the same time is also considered rare. But could it lead to an outbreak of the disease within the borders of England?

Smallpox Monkey is a rare viral disease that belongs to the group of smallpox diseases. It is a zoonotic disease, meaning it can be transmitted between species, for example from animals to humans. Most cases occur in remote areas in central and western Africa, near rainforests.

According to the Ministry of Health, the disease manifests itself in headaches, fatigue, muscle aches and fever. About three days later there may also be a skin rash and open sores that cause pain. The disease will usually last between two and four weeks and will go away on its own without the need for treatment. But in very certain cases the symptoms may worsen and medical treatment will be required accordingly.

The disease is usually not transmitted from person to person, except in rare cases. So even if two cases of monkey pox have been unusually recently observed in England, it is unlikely to cause an outbreak of the disease in the area.

The British Minister of Health has provided little detail about the few cases observed in England recently, but it seems that although it is rare, there has been a case of person.to.person transmission. According to reports, the first person infected with the monkey.causing virus infected another person living with it. Both were hospitalized, one of whom had already been released to his home. Monkey pox is such a rare disease that these two cases are in fact the fifth and sixth case ever documented in the UK.

The last time a case of monkey pox was documented in Israel was in 2018. It was an Israeli citizen who lived in southern Nigeria, an area considered endemic to the disease.

Although the disease is usually not fatal, its mortality rate stands at about 10 percent, so in some cases it can indeed cause death.

More in—. health:
>> 10 ways to reduce belly fat
>> Is it time to stop using toilet paper?
>> How do people reach the age of 100? A scientific explanation has been found

How do you get infected and is there a cure?

Infection most often occurs as a result of direct contact with blood, body secretions or skin lesions of an infected animal. Consumption of raw or improperly cooked meat from an infected animal can also lead to infection with the monkey pox virus. Infection from person to person can occur as a result of close contact with skin lesions of a person carrying the virus, or objects of an infected person. This usually happens due to direct and prolonged contact and therefore the risk is among the spouses of the person infected with the virus.

There is no cure for the disease, but there are treatments that can help improve the condition of those infected and reduce infection. It has also been found that the smallpox vaccine is about 85 percent effective in preventing monkey pox.