The third vaccine continues to stop the epidemic 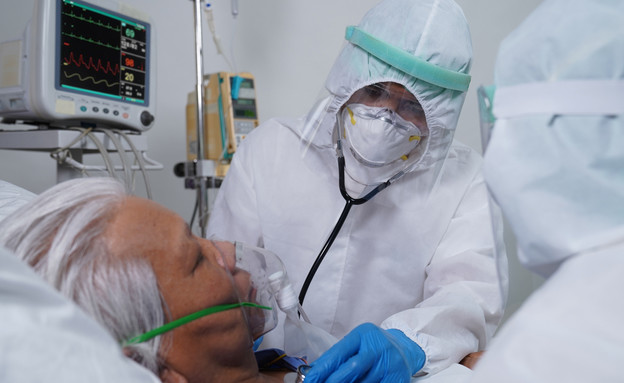 The school year opened this week in many countries around the world under these and other restrictions and in the shadow of the growing morbidity in Corona – and concerns are high. Although children are relatively little affected by the symptoms of the disease, they can certainly be infected and infect others.

The Centers for Disease Control and Prevention in the United States (CDC) this week published a case study of an unvaccinated California elementary school teacher who became infected in Corona, came to school despite suffering from symptoms, taught for two days without wearing a mask and infected half of her students. The study analyzed the chain of infection And the seating area of ​​the students in the classroom, and it seems that the closer the students sat to the teacher the more likely they were to become infected. Due to their young age none of them were vaccinated.

This week was also published British research Which assesses the extent of the Long COVID phenomenon – a condition in which corona symptoms persist for many weeks after the remnants of the virus disappear from the body. The study involved 7,000 young people and children who fell ill last spring and it was based on self.report of symptoms they experienced after recovery. Over one.seventh of them continued to experience three symptoms for at least three months after recovery. Symptoms included difficulty breathing, dizziness, feeling foggy and more.

It is important to emphasize that this study suffers from several biases, such as the fact that people who experience symptoms are more likely than others to cooperate and report their health status. Also, the control group, which included people who were not diagnosed with coronary heart disease, had many participants who also reported symptoms. Still, the data indicate a significant proportion of young people who continue to suffer from the symptoms of the disease even several months after recovery, and this is something to be aware of. The solution will eventually be to vaccinate younger populations, and it is estimated that this will be possible in less than two months, when the companies Pfizer And Modern will submit the findings of the clinical trial of pediatric vaccines for approval by the United States Food and Drug Administration (FDA)