Can a bee sting kill, who is at risk? 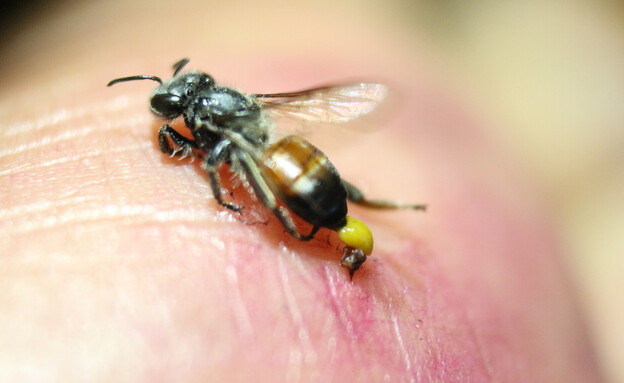 An 86-year-old farmer who was spraying with a tractor in the Hefer Valley area died this morning (Wednesday) after being hit by a swarm of bees. The swarm attacked him after he accidentally hit a beehive, as soon as he went out to see what he had hit he was stung andAfter prolonged resuscitation, he was pronounced dead at the scene. Another employee who was with him was also stung and evacuated in a light condition.”Bee stings can kill, although rarely,” says Dr. Ofer Blumenfeld, a family medicine specialist at Maccabi Northern District Health Services.

Can a single bee sting also be dangerous?
There is no doubt that a whole swarm bite will be more deadly and dangerous due to the heavy load of poison injected into the injured body relative to a single bee bite. But a single bite is enough to provoke an acute systemic reaction to the point of anaphylactic shock and according to surveys from abroad, the incidence of such a reaction in the population is 0.3-3%. The reaction may worsen with repeated bites.

Are there any who are at risk for a severe physiological response as a result of a bite?
Populations at risk for a more severe response to bee stings are males, perhaps because of the gender bias in the beekeeping industry which mainly includes beekeepers and adults. Also, heart patients are prone to a fatal reaction if they develop allergic symptoms following a bee sting.

One thought on “Can a bee sting kill, who is at risk?”