The new social fears of the decade 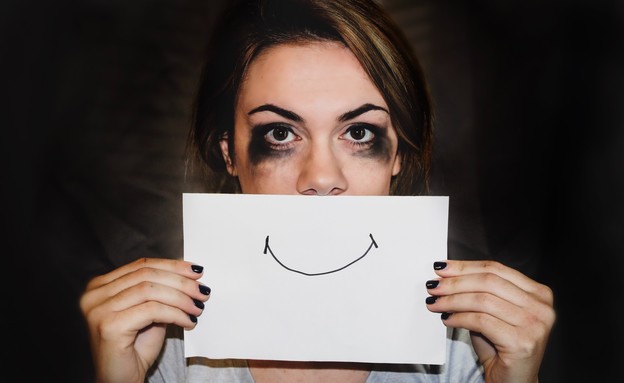 In the last decade we have all discovered together about the FOMO, the Fear of Missing Out and the JOMO, the Joy of Missing Out.). They were followed by several other concepts such as FOJI, the fear of being active on social networks (Fear of Joining In) andMOMO, The anxiety that arises while the friends do not upload anything new to the network (Mystery Of Missing Out), and the hand is still inclined to expressions, fears and anxieties that most of all reflect the spirit of the period.

Maybe now after a year and a half of real existential dizziness, these concepts sound like the troubles of the rich? do not worry. The current situation produces up-to-date acronyms tailored to the challenges of the period. The fear of missing out gave way to the fear of going out and the constant feeling of missing out was upgraded to a lack of desire to return to a normal life. Mutations, it turns out, are not just in bacteria.

The meme trend, the virtual bulletin board, which reflects the really burning things on the agenda, was flooded with anxious messages during the Corona era and from there the road is short to the new pop expressions we all connect to, on social media and in real life. The plethora of cool concepts may sound at first glance like the names of trendy street food stalls in the Lewinsky Market, but succinctly express the anxieties of existence of the current century laden wearily with an infinity of important and urgent things that cannot be postponed.

Get to know FIRE

FOGO, the fear of going out, is the perception that something frightening is happening outside, even when the danger no longer exists. Most of us have experienced some degree of apprehension about going out with the corona outbreak, especially during the closure period. This is quite necessary while every breath is experienced as an existential threat to humanity. Since then our brains have become accustomed to any interaction with others, especially in enclosed spaces, can be dangerous and even fatal.

Do not let go of it so quickly, especially when we are still far from seeing the end of the event. Jacqueline Golan, a professor of psychiatry and behavioral sciences at Northwestern University, says returning to the “new normal” state, whatever it is, is going to take time. “The changes associated with the epidemic have created a lot of fear and anxiety because of the risk of disease and death, along with the consequences in many areas of life,” she says. “Even though a person may be vaccinated, he or she may still have a hard time giving up that fear because he or she overestimates the risk and probability.”

Although this new term does not exist (yet) in the DSM (American Psychiatric Diagnostics), it is precisely these poppy acronyms that were born from the field and reports from people around the Internet that described what they experienced and found they were not alone, signify a significant change in society.

Research Recently conducted by the American Psychological Association, it was reported that 49 percent of adults surveyed expected that they would not be comfortable returning to personal interactions when the epidemic ended. If before the corona a person who was afraid to leave the house was ‘marked’ as someone in need of mental help, maybe even pills, today it can be said that the abnormal is the new normal. Even on a practical level, it is much more convenient to share the experience with other people who can also identify personally.

Another fresh concept is the fear of FONO (Fear of Normal), which expresses, among other things, the fact that thanks to the excess time we all had, we discovered new areas of interest (yes, baking sourdough bread is also considered) along with more efficient ways to do things that were once perceived as cumbersome and exhausting. Hi Zoom, Hi Deliveries to Home). Moving from a challah situation to a ‘normal’ life of working hours outside the home + commitments on all sides, suddenly requires a lot of energy that we are used to spending on watering plants and sculpting in ceramics.

And maybe this is what we always wanted? Could it be that the corona has helped us discover a thing or two about ourselves and the way we want to conduct ourselves in the face of the pace that is sweeping us from every direction? It is possible to run back to the familiar pomo arms but it is also an opportunity for us to maintain the more relaxed concept, even the day after.

A small step for a person – this is how you will overcome your fears:

And it is also important to note, if you are experiencing physical symptoms, such as chest pain or palpitations or feelings of anxiety significantly limit you at work or school, put the memes and acronyms aside for a moment, and seek professional help.