Rejoicing in Stuttgart about staying up, Hertha in relegation 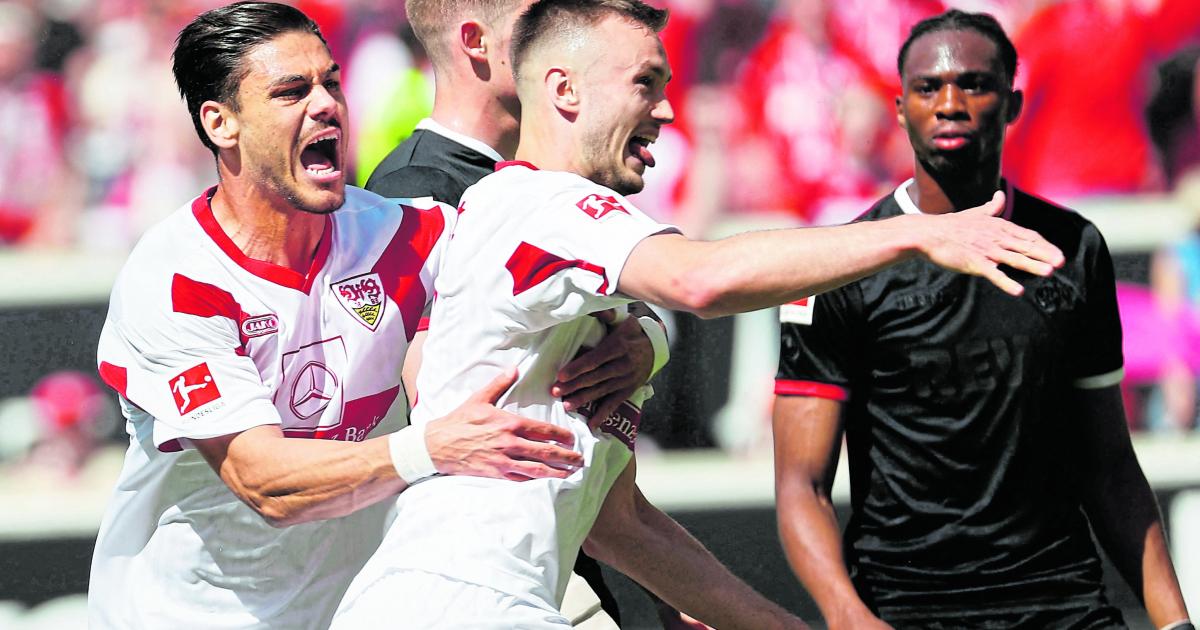 RB Leipzig had to tremble in Bielefeld before a late goal secured the 1-1 and thus the Champions League starting place. With a 3-2 win against Bochum, Union Berlin pushed past Freiburg to finish fifth, which entitles them to play in the Europa League. Freiburg lost 2-1 in Leverkusen. Bayern Munich played 2-2 in Wolfsburg, Mönchengladbach outclassed Hoffenheim 5-1 in the last game under Adi Hütter. Eintracht Frankfurt played 2-2 against Glasgow Rangers in Mainz four days before the Europa League final, Augsburg won 2-1 against Fürth thanks to a goal by Michael Gregoritsch (84th).

In Stuttgart there was no stopping after the final whistle. Endo scored deep in stoppage time after the home side had already headed for relegation. At first, Kalajdzic was the focus. According to media reports, the striker, who was traded as Lewandowski’s successor at Bayern Munich, initially failed with a foul penalty kick on Cologne’s goalie Marvin Schwäbe (12th), less than half a minute later the Viennese was there after a corner kick to score his sixth goal of the season.

One thought on “Rejoicing in Stuttgart about staying up, Hertha in relegation”