The phenomenon Alcaraz triumphs in New York against Tsitsipas 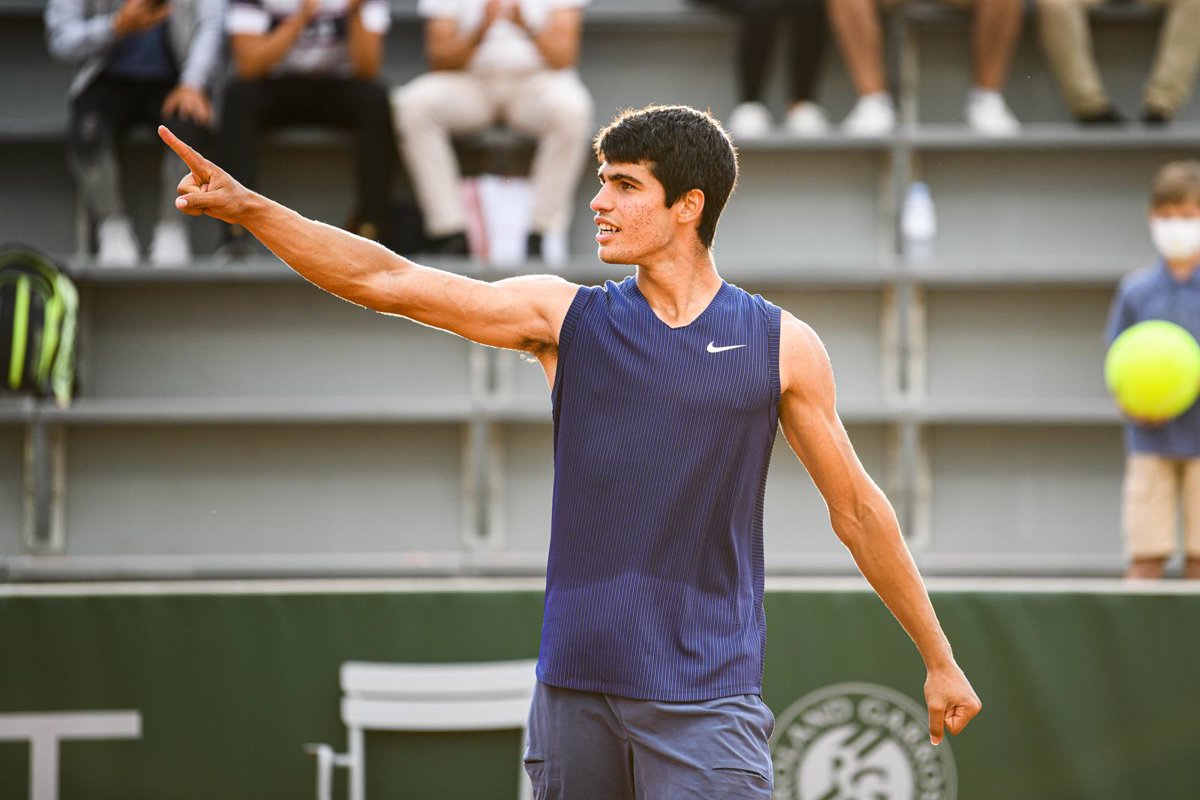 In his first US Open, with 25,000 people in the stands of one of the most impressive courts in the world, Alcaraz gave a recital to lower the number three in the world in the last ‘Grand Slam’ of the season. With the public on his side, the Murcian scored the first set and the third after coming back from 2-5.

Tsitsipas proved to be seasoned and did not throw in the towel, forcing the fifth with a donut. The Spanish took its toll on the effort and even asked for medical attention before having to measure his deployment in the fifth set. He saved his strength and tennis for the end, a ‘tie-break’ where he made his breakthrough to the other side of the pond, as the youngest player in the fourth round of a ‘big’ since 1992.

The Murcian began dancing on the center court of the United States Open and with a premonitory 4-0. The Greek already knew what awaited him, hence the praise in the previous one towards his young rival, and kept a cool mind to take out his tennis, more aggressive to the rest to tie the match in the second set.

The favorite took the reins with a 2-5 in the third that seemed to restore the world order, but the Spanish returned to the dance. With his mobility, Alcaraz looked for the winning shot with his forehand, but also the backhand worked perfectly and between drops and balloons he began to turn Arthur Ashe upside down.

The Murcian saved three set balls to reach sudden death and win the third set. The attrition took its toll and Tsitsipas sent the quick game to the tiebreaker with a 6-0. There, the Spaniard calculated his reserve and was able to survive with his serve, the Greek much calmer, until the decisive games.

In the eighth, Spanish was already activated, thanks to a setback that made a difference. Without ‘break’ balls, the fifth came to sudden death, where the claws were again from Alcaraz. The Spanish, handing out leaves to the delirium of the stands, was crowned in the Big Apple, although now he will want more against the German Peter Gojowczyk.

In addition, the long morning session at Flushing Meadows left the elimination of fellow Spaniard Pablo Andújar at the hands of world number two Daniil Medvedev. The Russian gave no option (6-4, 6-0, 6-3) to Cuenca and will be measured in the second round with Britain’s Daniel Evans.