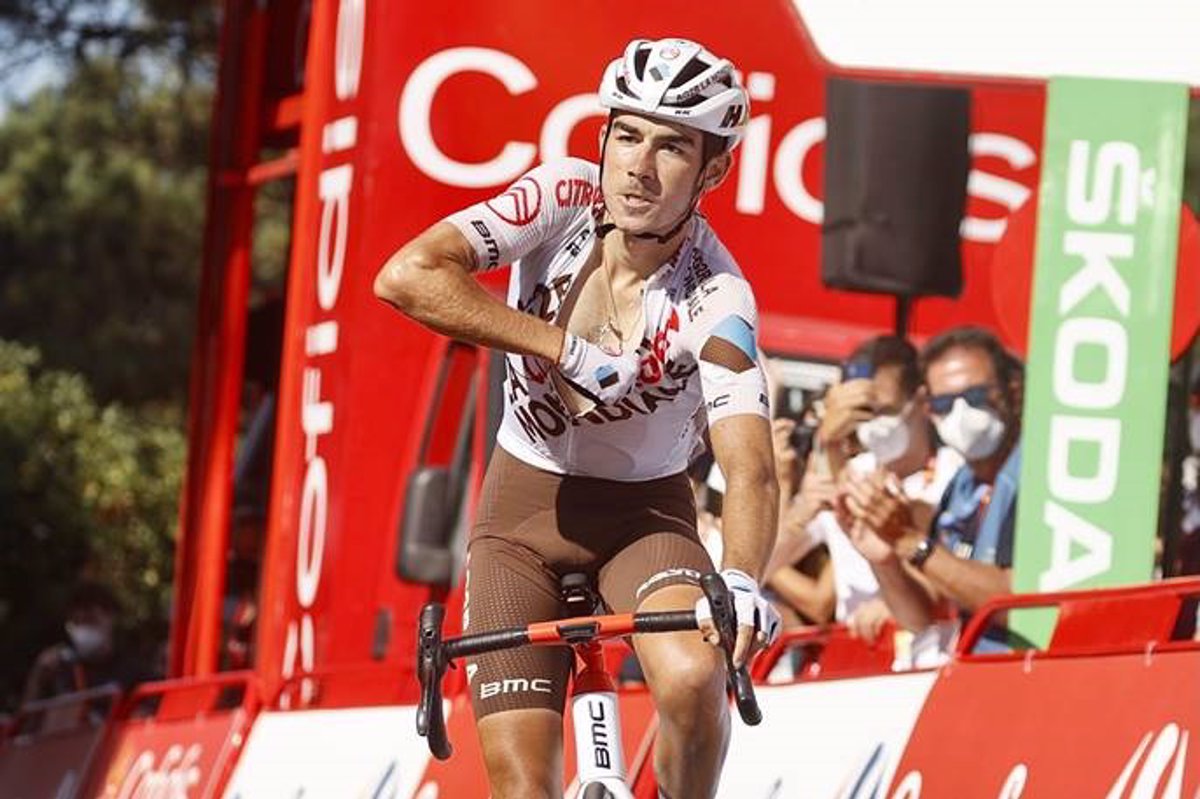 The French cyclist Clément Champoussin (AG2R Citroën) has won this Saturday the twentieth and penultimate stage of La Vuelta a España, of 202.2 kilometers between Sanxenxo and Mos-Castro de Herville and in which the Slovenian Primoz Roglic (Jumbo-Visma ) has managed to retain a red jersey that he will defend on Sunday in the final time trial.

In a stage with a flat start and a ‘classic’ soul, designed by Tour champion Óscar Pereiro and with up to five explosive ports, Champoussin waited just one kilometer to go, shortly after neutralizing with Roglic’s group the escape from the day, the South African Ryan Gibbons (UAE Team Emirates), to unleash his attack and take the victory.

The Slovenian, for his part, managed his advantage and did not miss, entering six seconds behind the winner. Yes, the Colombian Miguel Ángel ‘Superman’ López (Movistar) did, who put his foot down and left the gala round after falling off the group of favorites, a decision that will prevent him from getting on the podium this Sunday in the capital of Compostela.

In his place could appear, if he manages to defend the third position to which he has risen this Saturday, the Australian Jack Haig (Bahrain Victorious). The Spanish Enric Mas (Movistar), who also fought for the stage victory and who entered the finish line fourth eight seconds behind Champoussin – with the same time as the British Adam Yates (INEOS Grenadiers) -, remains second overall to 2:38 by Roglic.

Frenchman Romain Bardet (Team DSM) was the first to try to escape after starting at Sanxenxo, after which escape attempts occurred. It was not until kilometer 30 when one of them came to fruition, made up of a dozen runners who were joined by another six as the kilometers passed.

The break was consolidated and came to treasure up to 11 minutes of advantage that only began to reduce with the arrival of the first levels. The Alto de Vilarchán (3rd) and the Alto de Mabia (2nd) weighed on the legs of the escapees, who saw how the rent fell until five minutes.

At Alto de Mougás (1st), five cyclists jumped from among them, Padun, Trentin, Bardet, Calmejane and Gibbons, and crowned the port was the South African who managed to leave alone; from behind, nine runners jumped in pursuit.

Gibbons’s adventure came to an end with three kilometers to go, when he was caught by Roglic’s group, and, against all odds, Champoussin attacked with just 1.5 kilometers to go to surprise everyone and take the win.

The Spanish round will say goodbye this Sunday with the last stage, an individual time trial of 33.8 kilometers between Padrón and Santiago de Compostela, similar to the one that closed the 1993 edition. The first half of the route will be a constant climb, while the second it will offer relief to runners with more descents.