The pink Italvolley triumphs to the Europeans, the taboo of Serbia overthrown 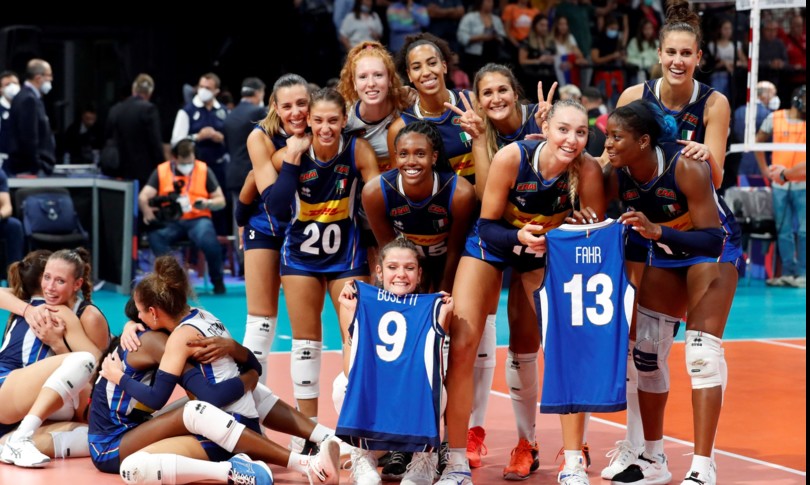 AGI – After 12 years, women’s Italvolley returns to the top of Europe and it does so by overwhelming in comeback Serbia 3-1 in front of 20 thousand fans at the Stark Arena in Belgrade. With a show of pride and group, the blues beat the taboo team that exactly one month ago had eliminated them in the quarterfinals at the Olympics: 24-26, 25-22, 25-19, 25-11 the score that gave the 32nd edition of the women’s Europeans, to seal a magical summer for Italian sport.

The girls led by Davide Mazzanti fought from the beginning to the end of the hour and three quarters of the match, suffering in the first set fought point to point and then growing up until the final set dominated. Above all they stood out a fantastic Myriam Sylla, the captain who raised the cup, and the usual one Paola Egonu, awarded as the best player of the tournament, but all brought their contribution gritting their teeth even when the Serbs seemed to fly on the wings of the enthusiasm of the noisy home crowd.

Egonu brought 29 points, Sylla 20, then there are 13 by Pietrini, 8 by Danesi, 2 by Malinova and one by Chirichella. On the other hand, the dreaded Boskovic started in an overwhelming way but gradually lost lucidity.

Since 2018, the blue against Serbia had always lost in big matches. Three years ago in the final of the World Cup the blue were silver, in 2019 they were eliminated in the semifinal of the European Championship and at the Tokyo Olympics the exit from the stage in the quarter-finals. Serbia has won the continental title three times in the last ten years, in 2011 in the tournament that took place in Serbia and in Italy, in 2017 on the fields of Azerbaijan and Georgia, and in 2019 in four countries.