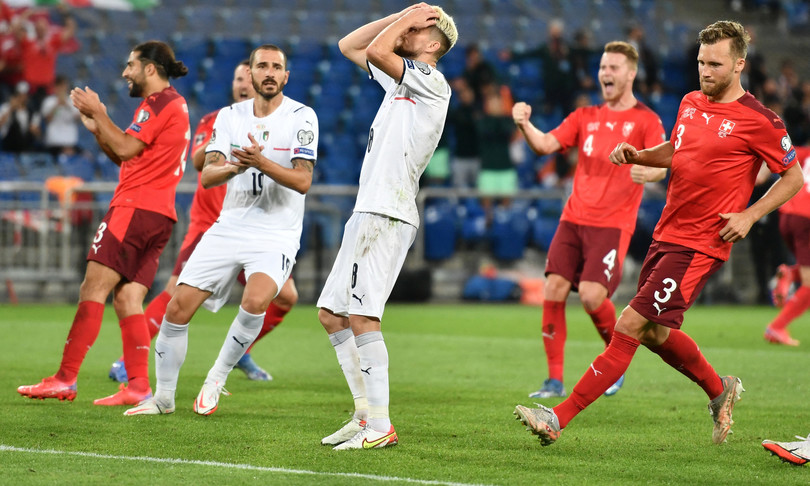 AGI – Still packed and not very shiny, the Italy of the post-victory at Euro 2020 must be satisfied with second consecutive draw in the house of Switzerland. Basel ends 0-0 at the end of a match in which the Azzurri create some good chances, miss a penalty with Jorginho and never manage to find the way to the goal. Another result with a bittersweet flavor for Mancini’s team, which nevertheless remains in command of the qualifying round for the World Cup and takes the absolute personal best of unbeaten (36 consecutive races).

A lot of balance and fairly high rhythms are the masters in the early stages of the race. The Azzurri have the opportunity to break the deadlock in the 20th minute and it is sensational: Berardi runs away in speed launched face to face with Sommer, but the Sassuolo winger does not kick well and lets himself be hypnotized by the Swiss goalkeeper. The hosts try to react by raising the center of gravity but without worrying too much Donnarumma, never forced to make significant interventions.

At 35 ‘Italy is still close to the advantage, this time with Insigne trying his usual right-footed shot after a good choral action, but aiming to the side. At the end of the first half the first goal ball for Switzerland also arrives: Akanji heads off on Frei’s free-kick, but the ball slips very little to the bottom. At the beginning of the second half, the episode that could upset the match in favor of the Azzurri immediately arrives: Berardi is knocked out in the area by Rodriguez, the referee assigns the penalty but Jorginho lets himself be incredibly hypnotized by Sommer, also very good later on a left-handed attempt by Insigne. In the final, Italy seems to be a bit in debt of oxygen and ideas, so much so that in the Swiss area there are no more great dangers. It ends in white nets.