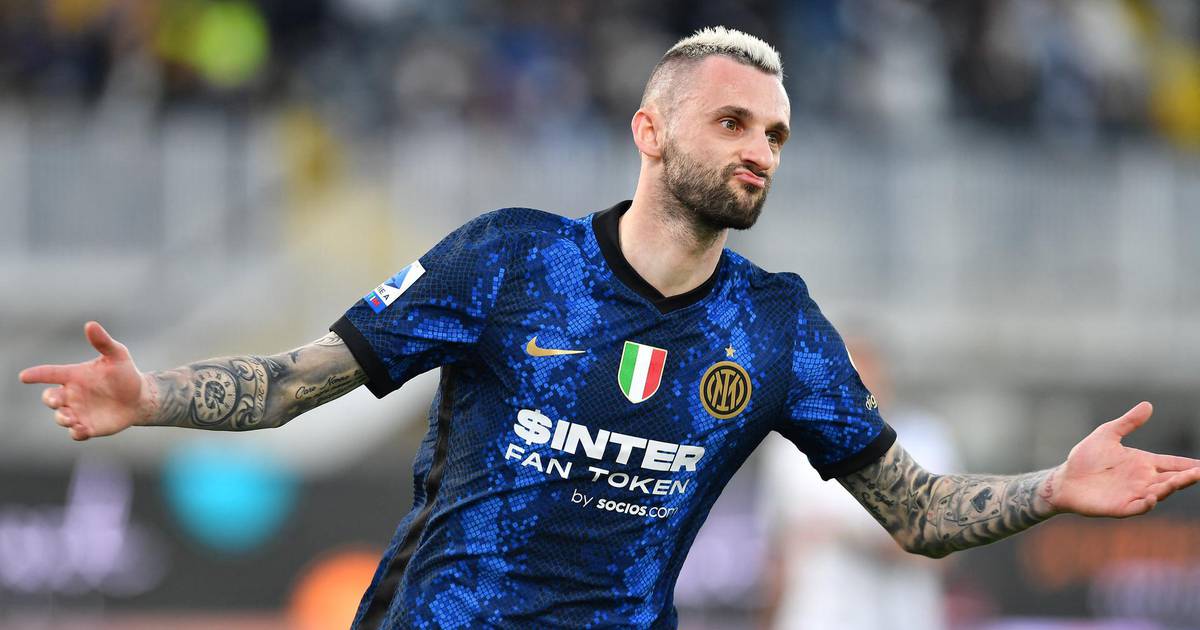 You won’t see any magical dribbling or an attractive move that will make you fall on your butt. He may not score every game and bring victories, but he is one of those without whom clubs cannot. Conductor conducting the orchestra. Sometimes he looks like he can play three games in a row, and when the ball is in his feet, it’s like he’s in the safe.

Marcelo Brozović (29) last season was one of the most important wheels of Inter in winning Serie A, this season he completed all trophies in Italy by winning the Super Cup and the Cup, and two days before the round that will bring us the Italian champion, he received the highest individual award in his career .

Serie A has announced individual awards for this season, and Marcelo has been named the league’s best midfielder! The best striker is Ciro Immobile, the best stopper is Bremer from Turin, while the title of the best goalkeeper went to Mike Maignan from Milan.

It is no secret that Inter has the best midfield in Italy led by Broz, Barrell and Hakan Calhanoglu. And the conductor of that powerful environment is the Croatian national team player who finally received recognition for the great games he has been providing in the Inter jersey for years.

The awards were presented based on a data analysis conducted by Stats Perform. The program analyzes the positioning of players during the match, coverage of the field, the impact on the game. And his influence on Inter is huge.

He is one of those from whom it all begins. Long balls, teammate play, change of sides. You can’t learn that. You are born with that. How much he does ‘invisible’ and dirty work in the middle of the field, timely slipping, destruction …

Brozovic played 34 games in Serie A this season, right from the first minute, and scored two goals with one assist. Along with Ivan Perišić and Lautar Martinez, he is one of those pulling Inter in the title fight.

They were left without their conductor almost at the end of the season. His contract expired, they negotiated, but they could not find a common language. During that time, many greats like Liverpool who wanted to bring Broz were listening. However, two months ago he signed until 2026 and during that time he will earn 60 million euros.

The new recognition thus arrived in Marcel’s showcases, but he would certainly be happier if another Scudetto shone in them.

The final round of Serie A on Sunday brings us drama and uncertainty. Milan has two points more than Inter, and who will be decorated with the Scudetto this season, we will find out on Sunday at 6 pm when Inter welcomes Sampdoria. At the same time, the Rossoneri are visiting Sassuolo.

Milan has everything in their hands. A point is enough for him to win the title, because in the case of the same number of points, the mutual ratio is looked at, and the red and blacks are better. In short, Inter must win and hope that Sassuolo will overthrow their hated rival and bring them the title.