“Taekwondo has made me a person from head to toe” 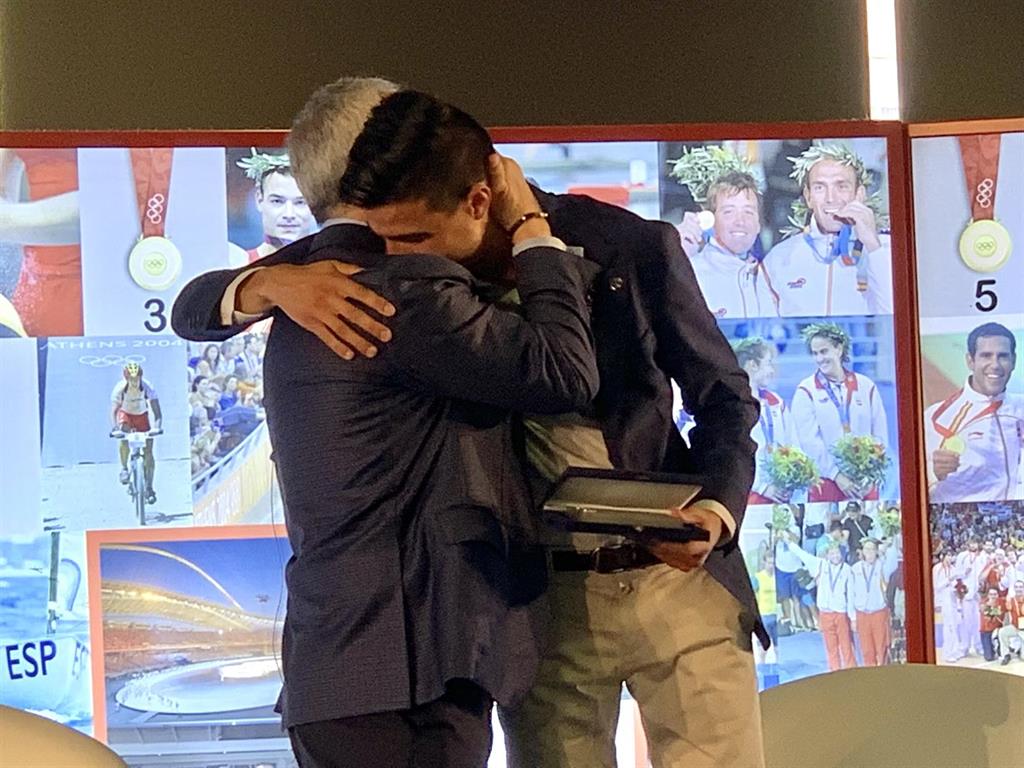 The Spanish tawkwondista Joel González has closed his sports career by noting that he only has “words of thanks” for a sport that has turned him into “a person from head to toe”, a farewell in which he has recognized the “bittersweet taste” to leave convinced that it is time, but also that he will no longer enjoy “the competition drug”.

“I only have words of gratitude for taekwondo. It has made me a person from head to toe. I have a bittersweet taste, I knew it was touching me because it seems that with 31 years you are already having to retire, but at the same time you don’t want to to release this drug from the competition. In the end, I am very excited to say goodbye surrounded by so many loved ones, “González transmitted.

The athlete appeared at the headquarters of the Spanish Olympic Committee (COE) supported by the president of the organization, Alejandro Blanco, and also by the president of the Royal Spanish Taekwondo Federation, Jesús Castellanos. After giving thanks to family, friends, colleagues, trainers and public institutions, he explained that since he began his career he has always done everything “thinking about taekwondo.”

“It is not that I feel liberated, but this is the point that I need to park this well, leave as a gentleman of elite sport and try to be a professional in another field. One of the most difficult moments is knowing when to retire, it is very complicated because you always believe that you can do more and you yourself realize that no, it is a passionate dilemma. But I feel good, I feel that I was playing and that is the important thing, “he reflected.

“THE ABYSS THAT MAY COME NOW IS FEARING”

At 31, the Catalan explained that his feelings on this day of his retirement are similar to those he experienced in the London’12 Olympic final, since they are “the only two days” of his life where he has “wished that the time stand still. “

“As someone who is hooked on a series, you are watching ‘Game of Thrones’ and you do not want it to end, you are afraid of the abyss that may come when it happens. I have tried to feed it to make it not such a great abyss. I finished criminology, I have two master’s degrees and I am finishing my doctorate. I have many cards on the table, now I will have to discover them one by one and start a new game. My intention is to reach the maximum in my professional life as I have done in sport “, Indian.

In this sense, he recognized that criminology is the only thing that has “hooked him almost as much as taekwondo.” “I wanted to combine my two passions and I realized that there is also a case of crime in sports because it is in all areas of society. I have specialized in match-fixing and I do not rule out continuing to link my two passions, although right now I I’m going to take a while, “said González, who has collaborated with organizations like LaLiga and is” about “to defend his doctoral thesis on sports betting.

In addition, the Olympic champion surprised by choosing a special moment of his career. “I would say the Olympic bronze in Rio not because of what it was, but because of what it meant. I was four years in a row without losing a fight. There is a moment with 22 years that you think you are invincible and suddenly I break my knee, I have I have to operate, it is difficult for me to walk and everything is very uphill. Arriving at the Games almost without being able to run and leaving with a bronze taught me that sometimes life gives you sticks, but that if you are constant and fight those sticks at the same time. better they don’t hurt so much and you can get what you set out to do. That’s why I love that Olympic bronze almost as much as the London gold, “he said.

WHITE: “YOU ARE A LEGEND OF SPANISH SPORTS”

For his part, Blanco stressed that this withdrawal is “a very special day that has to come and in which everyone feels a little sad.” “But if you are able to look back you will see that you are a great athlete and a legend of Spanish sports,” he said.

In addition, he asked that “Spanish taekwondo cannot do without” someone like him. “Whatever you do, I would ask you not to leave taekwondo because it is part of your life. You are one of the great legends of Spanish sport, but the most beautiful thing in your life is yet to be written. This is not a farewell, it is a recognition of everything you have given us. You are pure taekwondo. Be happy, dear champion, “she wished him.

Finally, Castellanos defined González as “perfection.” “He did a perfect Olympic cycle with two European golds, two world golds and the Olympic gold. It is impossible to do better and he achieved the success that Spanish taekwondo was lacking. Spanish taekwondo and this Spanish federation will always be in your debt for everything that you have contributed. I thank you a thousand for that. The federation is your home and you will always have its door open, just like that of my heart, “he offered.

TWO OLYMPIC MEDALS IN A RACE FULL OF SUCCESS

Last Friday the farewell of Joel González was made official, who at the age of 22 hung the gold medal around his neck at the London Olympics by beating South Korean Daehoon Lee 17-8 in the -58 kg final, who Then he was the current world champion of -63 kg, non-Olympic category.

Four years later, in Rio, González added a new Olympic medal to his record by beating Venezuelan Edgar Contreras (4-3) at -68 kg in a close fight for bronze. A medal of merit to close an Olympic cycle marked by a knee injury that had him unemployed for more than a year.