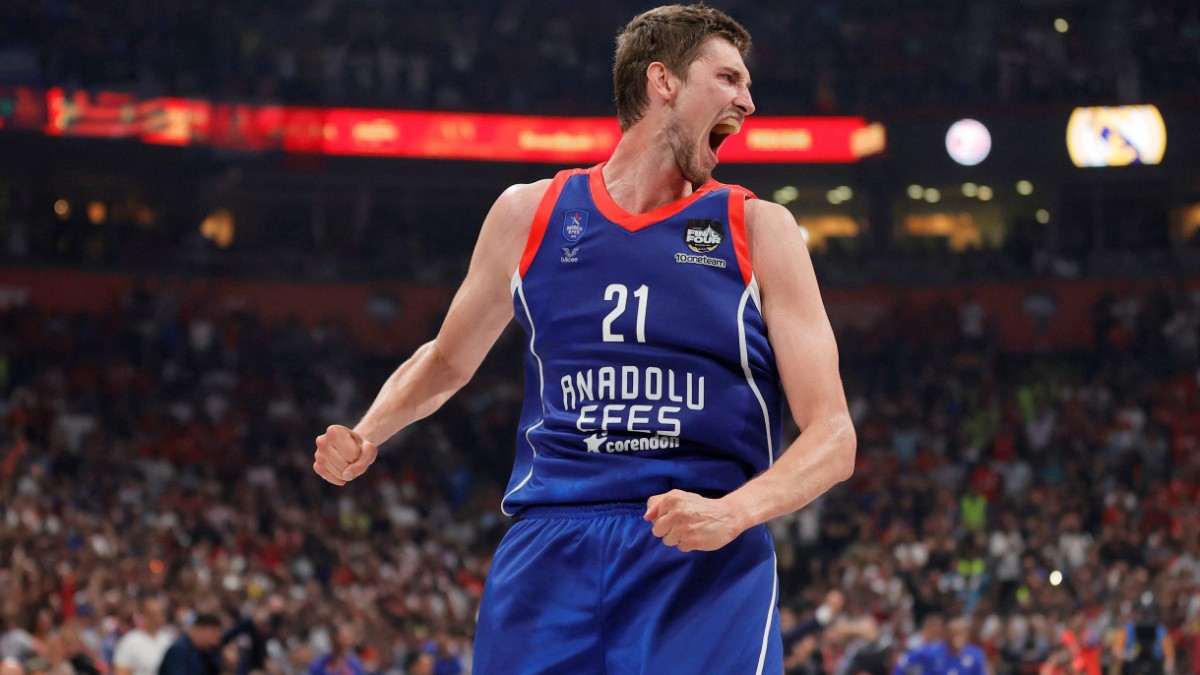 You had to search a long time to find Tibor Pleiss for the winning photo. That was surprising, after all, the German basketball player measures a proud 2.18 meters. The center with the octopus arms, who learned the game in Cologne on open spaces, hid at the back, leaving the flashing light to his teammates. He would have had every reason to be at the top, because: Pleiss, 32, was one of the protagonists of the Euroleague final in Belgrade.

He contributed 19 points and seven rebounds to his club’s Anadolu Efes success against Real Madrid, the Turkish club defending the title of the second best competition outside the NBA. And when Pleiss gives up his modesty, he can certainly point to the exceptional nature of his success: he is now the first German basketball player to have won the Euroleague twice. “It feels insane,” he said after a game that wasn’t one of the best of the season, but arguably one of the most exciting.

“As a child, I always watched the Final Four. Now I’ve won it twice in a row. It’s incredible,” Pleiss described the experience: “I’m full of emotions. I can’t find the words.” In the semi-finals, his team from Istanbul first knocked out Greece’s top address Olympiacos Piraeus. Pleiss had already helped there with eight points, his colleague Vasilije Micic (later voted tournament MVP) scored the decisive three-pointer shortly before the end at 77:74. In the final against Real Madrid, the result was 58:57 (29:34) – and it reveals a lot about the course of the duel for the European crown.

It was tough, rows of throws missed their target on both sides, while hard work was announced on the defensive. But Pleiss got better and better at it as the game progressed. The former international has developed into one of the best European centers during his time at Efes and he benefits from playing in an extremely experienced and well-rehearsed team. Most of his co-workers are in their 30s, some are past their NBA days and know what to do when the going gets tough.

This time the motto in the last quarter was: All balls to Pleiss, the all-rounder above ring level. When the game tipped in favor of Istanbul, the German collected point after point, he even let it rip by dunking – and unnerved Real’s greats with all his skill.

For him personally, the appearance was another sign of life in the direction of the European Basketball Championship, which will be held in his home country of Cologne in September: After a long break, he could make his comeback in the German national team under national coach Gordon Herbert. Initial talks have already taken place. In this form, Pleiss is basically indispensable.