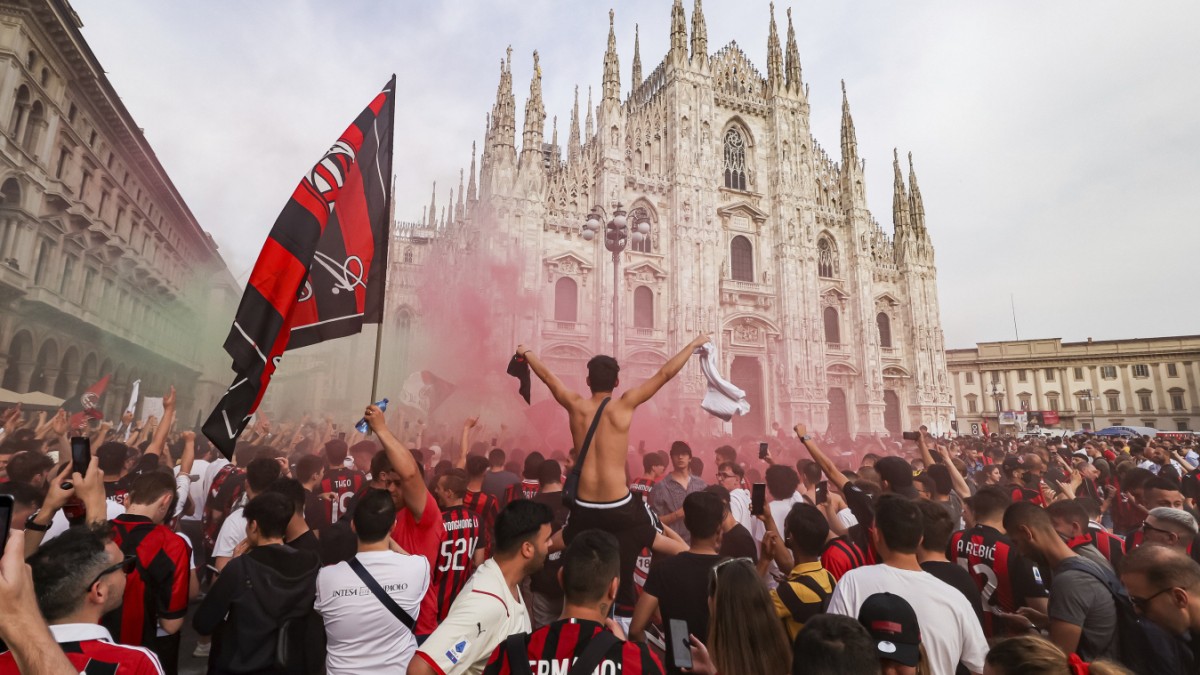 The traditional club AC Milan is champion in Serie A again for the first time in eleven years. Milan secured the title of the Italian football championship with a sovereign 3-0 (3-0) on the last day of the game at US Sassuolo. Led by double goalscorer Olivier Giroud and three-time assist Rafael Leão, coach Stefano Pioli’s team brought a splendid end to a strong season on Sunday and were no longer caught by Inter Milan.

The city rivals won the parallel game at home against Sampdoria Genoa 3-0 (0-0). In the end, the defending champions had two points fewer than Milan. Milan secured their 19th league title and drew level with Inter; Record champion is Juventus Turin (36). AC Milan last triumphed in Serie A in 2011.

In the stadium in Sassuolo, which was almost completely filled with Milan fans, the guests made the preliminary decision early on: veteran Giroud scored a brace (17th/32nd minute), Franck Kessie scored the third goal (36th). All three goals were assisted by Rafael Leão, one of the most exciting players of this Serie A season. A header hit by substitute Zlatan Ibrahimovic in what was possibly his last professional game was disallowed after video evidence.

After the 2011 championship, Milan slipped into the mediocrity of Serie A and even missed out on the European Cup for three years. Coach Pioli first brought the red-blacks back into the Champions League and now to the top in Italy – the coach was about to be replaced by Ralf Rangnick in 2020.