Granada goes to Second with the salvation of Cádiz and Mallorca 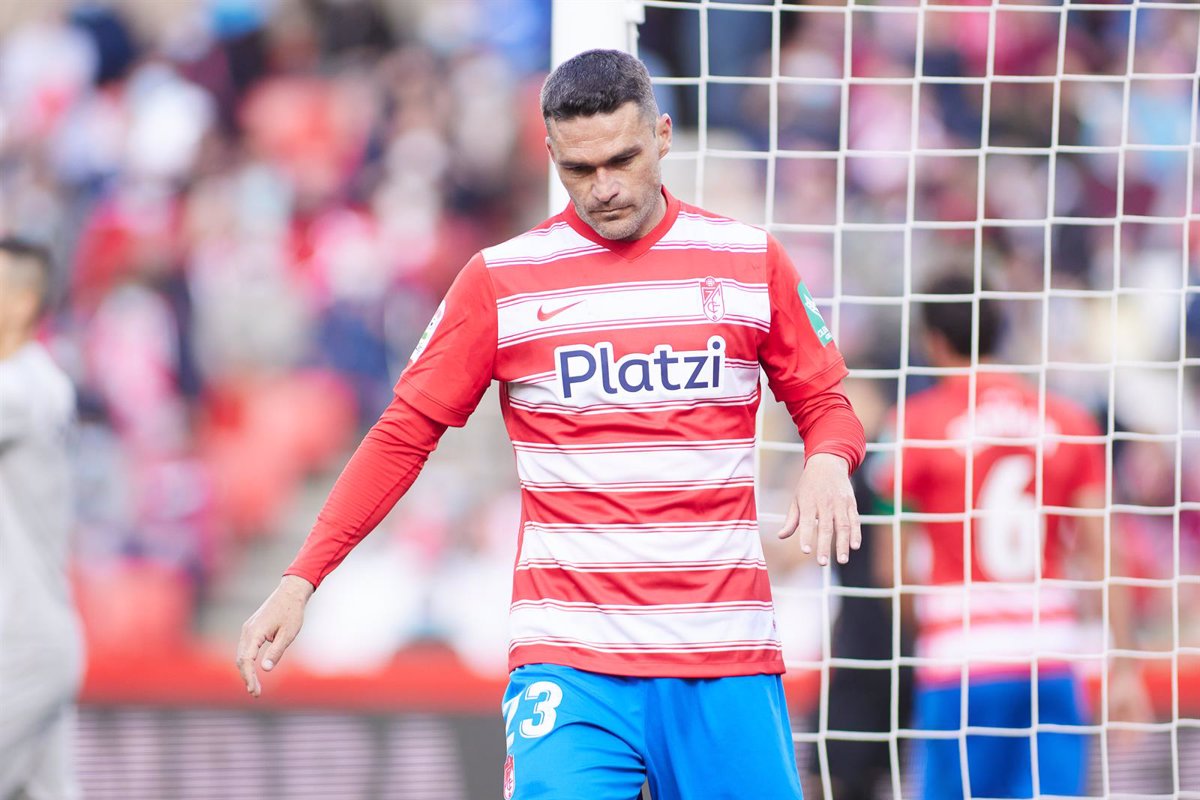 Granada said goodbye to LaLiga Santander by not going beyond the goalless draw against Espanyol on the last day held this Sunday, in which they played it together with a Cádiz that beat Deportivo Alavés (0-1) and a Mallorca that did the same also at home against Osasuna (0-2).

The Nasrid team occupied the sad last place that remained to be assigned as relegation to Second, along with Levante and Alavés, in a harsh outcome before their public. Nuevo Los Cármenes was speechless in the 72nd minute when Jorge Molina missed a penalty and, even more so, when moments later the news of Cádiz’s 0-1 came.

Those of Karanka, who arrived a month ago to achieve a salvation for which he came to take the lead, played again gripped, like last week against Betis. Puertas had a first chance against an Espanyol team that not only had nothing at stake but was left without a coach and sports director 9 days ago.

The parakeet team seemed the perfect rival but Granada did not know how to make their match. The Catalans took their danger against in the second half when the VAR appeared as a savior. A dubious handball sent the ball to the penalty spot, but Molina kicked it wide. The drama was total in Los Cármenes, where they recently savored the historical honeys of Europe, when ‘Choco’ Lozano put Cádiz ahead in Vitoria in the 76th minute.

With more heart than football, Bacca’s final occasions did not prevent the end of a cycle in Granada, three years of enjoyment in the First Division and even in the Old Continent, which they will now miss, like the illustrious Diego Martínez. Meanwhile, Cádiz, which began the day in decline, was saved in Vitoria.

Mallorca really encouraged everything, with Ángel’s goal at the start of the second half. The first had ended goalless in the three fields at stake, but the Balearic team wet, with a great combination, two minutes after the restart. The goal forced a Cádiz that came up how could it be otherwise.

Those of Sergio González added one occasion after another. Sobrino and Idrissi had several very clear ones, and Lozano ended up being the hero. With the suspense that Granada did not score, a possible penalty from ‘Pacha’ Espino, reviewed in the VAR, brought all of Cádiz to the brink of a heart attack. After the tremendous scare, Cádiz kept the category, like a Mallorca that was the most forceful.

Javier Aguirre’s men, who achieved the heroic last week with the victory against Rayo in the 92nd minute to depend on themselves, dominated the second half at El Sadar. What was home and still is for the Mexican coach did not cut short the Balearic dream, confirmed with Grenier’s 0-2 in the 83rd minute.

Amsterdam Airport will compensate passengers who missed their flights