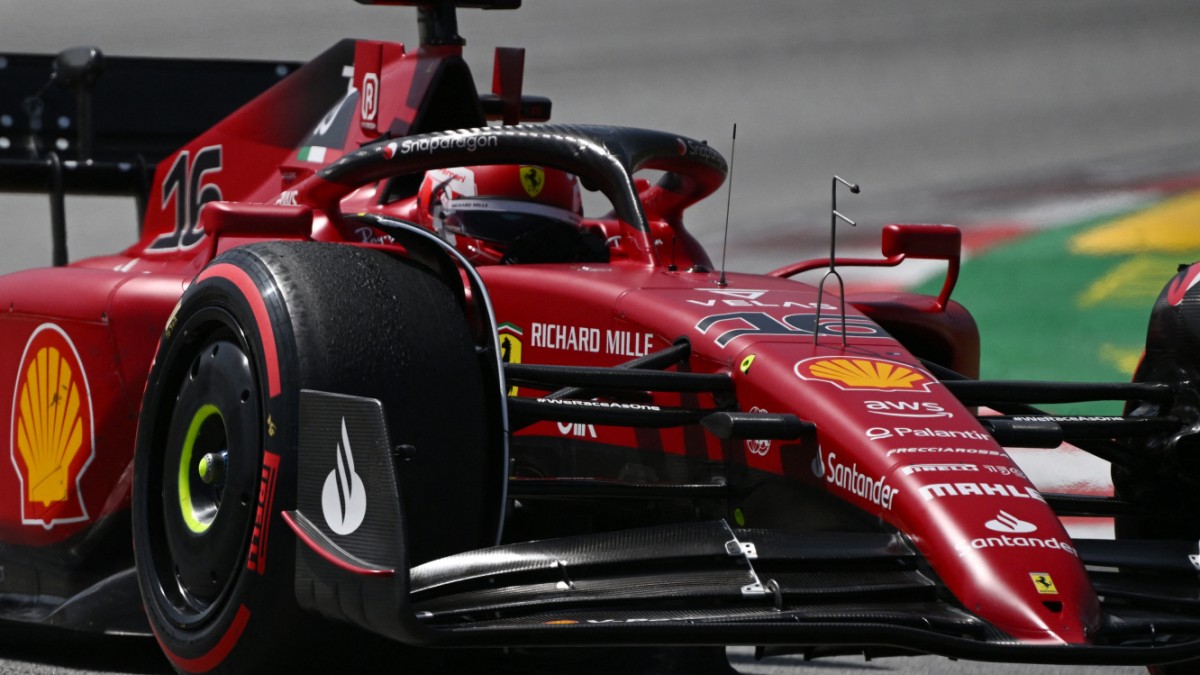 After Charles Leclerc climbed out of his cockpit, he first went to the mechanics. One after the other he gave them an encouraging high five. He then crossed the pit lane for more handshakes to the command post where engineers and team principal Mattia Binotto were watching the Spanish Grand Prix. The race was still in full swing, the field had not even completed half of the 66 laps at that point.

Leclerc had previously built up a comfortable lead and it looked like he was safely on his way to a lights-to-flag victory in the heat of Barcelona. But things turned out differently, his Ferrari let him down. And how Leclerc and Scuderia handled the situation provided insight into the mood of the team.

Leclerc was spinning more than twelve seconds behind his closest pursuer Max Verstappen when his car suddenly lost power on lap 27. The F1-75 was getting slower and slower and the Monegasque fully understood what that meant. “No! Noooo! No, what happened?” He radioed to the pits, where he parked his car shortly afterwards. An answer is still pending, on Monday the engine is to be disassembled and examined at the headquarters in Maranello. “It came out of nowhere. I didn’t feel anything before,” said Leclerc. “It’s always disappointing when you’re fighting for the World Cup, every point is worth it.”

As a result of his first retirement of the season, a 19-point lead in the overall standings has turned into a six-point deficit. Leclerc is now second behind race winner and defending champion Verstappen – for the first time this year.

The changes to the Ferrari bring the desired effect

The Dutchman has won three times in a row, but has previously failed twice. With Sergio Perez in second place, Red Bull was doubly happy in Spain. They are now also in the lead in the Constructors’ Championship. The pendulum has swung in the direction of the world champions. But only six out of 22 Grands Prix have been driven, which is one of the reasons why Ferrari remained conspicuously calm despite all the disappointment. “It’s going to be a long season,” said Binotto, who also praised Leclerc for dealing with the mechanics. “Something like that has happened to the others. It was our turn today. That’s the way the game works. We have to get to the bottom of the problem now.”

Basically, the 2022 model works great, which was shown again. Ferrari had arrived with a comprehensive upgrade package. The changes to the car achieved the desired effect. Leclerc dominated the training runs, in qualifying he came under pressure due to a spin, but stayed cool and ultimately completed the fastest lap. And if the problem with the power unit hadn’t occurred in the race, Leclerc would have had a happy Sunday. Not only the speed and the harmonious further development of the F1-75 stood out, but also the improved tire management. “In situations like this, it’s good to also look at the positive things,” said Leclerc. “I feel better than after the last two weekends.”

Two weeks ago in Miami, the 24-year-old finished second behind Verstappen. At Imola, in front of tens of thousands of Ferraristi, Leclerc lost third place with a driving error with ten laps to go and finished sixth. A shame, as he found after two wins and a second place. The pressure was great. The expectations have changed because the possibilities are different. The Scuderia knows how much potential their car has. Self-confidence has regained strength, which is also reflected in the fact that Binotto, who is generally level-headed, sometimes lets loose a tip or two in the direction of Red Bull.

With the opening victory in Bahrain, Leclerc Ferrari’s dry spell since September 2019 ended

In 2019, in his first year with the traditional racing team, Leclerc amazed with his driving style and self-confident appearance. He ended the season fourth, ahead of four-time world champion Sebastian Vettel. The team finished second behind Mercedes. 2020, on the other hand, was a disaster, more than sixth place was not possible. With the new driver pairing Leclerc and Carlos Sainz Jr. – who is still struggling – 2021 was obviously a year of transition. In view of the changes to the regulations that will take effect in 2022, the focus was fully on the development of the new car.

The result was immediately convincing: Leclerc won the start in Bahrain and ended the long wait for the first win since Vettel in September 2019. The last time world champion in a red car was Kimi Raikkonen in 2007. In Leclerc, the Italians see the man who has the potential to end this long dry spell. Man and machine harmonize better than they have for a long time.

Only now there is little time for error analysis. The premier class is already visiting Monte Carlo this week, where Charles Leclerc grew up. Home advantage, one might think, however: he has never finished here in a Formula 1 car. Most recently, even the historic Grand Prix joined the negative series a week ago. Leclerc drove the legendary Ferrari 312 B3 driven by Niki Lauda in 1974. In the Rascasse curve, Leclerc lost control and hit the guardrail. After that it was mostly he who needed cheering up.