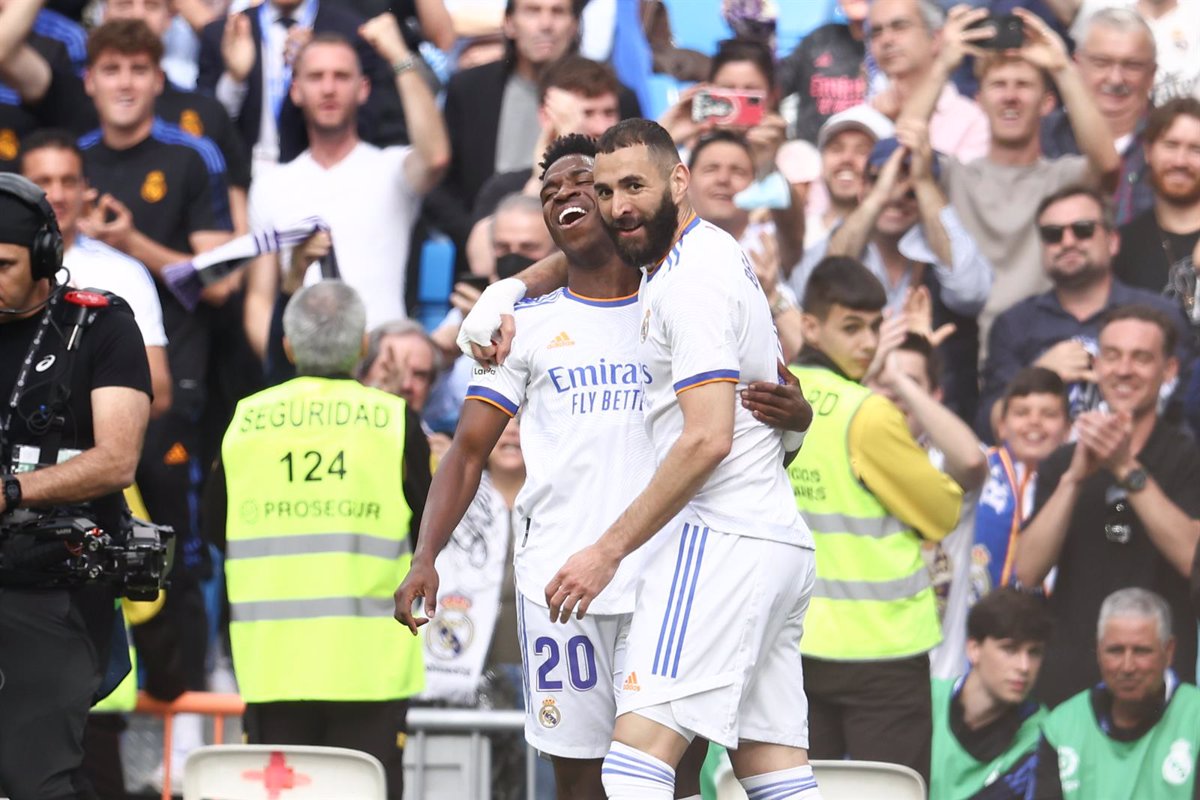 Real Madrid were crowned LaLiga Santander champions. 22 days ago, four days before the end of LaLiga Santander, they won their 35th title in the competition, their second in the last three years, a rare example of white regularity in the domestic league in the last decade.

In the last three seasons, the Madrid team has maintained a domestic championship record that has not been seen in years, resulting in two titles, in 2020 and 2022, as well as a fight to the bitter end in 2021 against the champion Atlético de Madrid, something unusual in recent years and caused by disconnections due to a focus on other competitions or poor starts.

In fact, this competitive improvement in the regularity tournament comes after they finished third in both the 2017-2018 and 2018-2019 campaigns, 17 and 19 points behind champion FC Barcelona, respectively.

This significant disparity below the leadership occurred in 2012-2013, during a campaign in which the team defended its title, and when, although finishing second in the standings, the gap with the first-placed team, Barça, was 15 points.

From there, he had three successful domestic seasons without winning any awards. He was in a dogfight with the Blaugrana and Atlético de Madrid in 2013-2014, but he paid the price for the Champions League’s wear and tear by finishing three points behind the colchoneros.

The Whites had a nearly perfect second half of the season in 2014-2015, with a 16-game winning streak. Real Madrid rapidly deflated after losing their first game of 2015, snapping a 22-game winning streak, and lost a four-point lead over Barcelona, who went on to win the league by two points.

The script for the 2015-2016 season was different. Despite replacing Rafa Bentez with Zinédine Zidane, the merengue club lost the derby against Atlético de Madrid, leaving them 12 points behind Barça at the end of February. Despite this, he kept the faith and went on a spectacular run that saw him finish with one point on the final day, despite his adversary not failing.

THE DIFFICULTY OF PROTECTING THE TITLE

Furthermore, Real Madrid will face the difficult task of defending the title and being champion for two consecutive seasons, something they have not done since 2007-2008, when they revalidated the title won by Fabio Capello in 2006-2007 with Bernd Schuster and completed another comeback with a victory against Mallorca. In the 2008-09 season, he was nine points behind Pep Guardiola’s Barcelona, whom he strove to catch until the memorable 2-6 victory at the Bernabéu.

Despite winning the title, the 13-time European champion has not been able to break the 90-point barrier, a ceiling he has not surpassed since becoming champion in 2017. (93 points). And it’s that the competition is chaining four courses without a leader with the forcefulness that the 90 units bring, since his last two draws against Cádiz and Betis left him with 86 points, but a 13-point lead over Barça, his largest lead over the Catalan team since the 17 of 2007-2008. Since 2010, Real Madrid has had six seasons with 90 units or more, winning four of them.

Cádiz and Villarreal have been the only two clubs to snare points from Carlo Ancelotti’s team in the two rounds of LaLiga Santander, both achieving two draws in the two matches against Chamartn’s team, the ‘Submarino’ with the added complication of not being fit.

In the recent two decades, the whites have likewise experienced goalscoring inconsistency. To his credit, he continues to defy the League, despite having a record that so many people favor: 100 points and 121 goals in 2012, with Mourinho on the bench. However, they have not scored more than 100 goals in the domestic championship since 2017, when he linked seven courses that scored more than 100 goals in the previous season.

And it is true that the whites’ goal-scoring capacity was harmed by Cristiano Ronaldo’s departure at the end of the previous season, which was marked by amazing records (94 goals). Since his departure, the club has not scored more than 70 goals until this season, when they have scored 80, thanks to the success of’scorer’ Karim Benzema (27) and the explosion of Vinicius Jr (17), the only two players, along with Marco Asensio (10) to score in double digits.

On the other side, Real Madrid’s defensive performance has slipped slightly from the 2019-2020 and 2020-2021 seasons, when it conceded 25 and 28 goals, respectively, with 31 goals conceded, although being only one goal fewer than Sevilla, the best in this regard.