Djokovic too strong for Berrettini, wins 3-1 and goes to the semifinals at the US Open 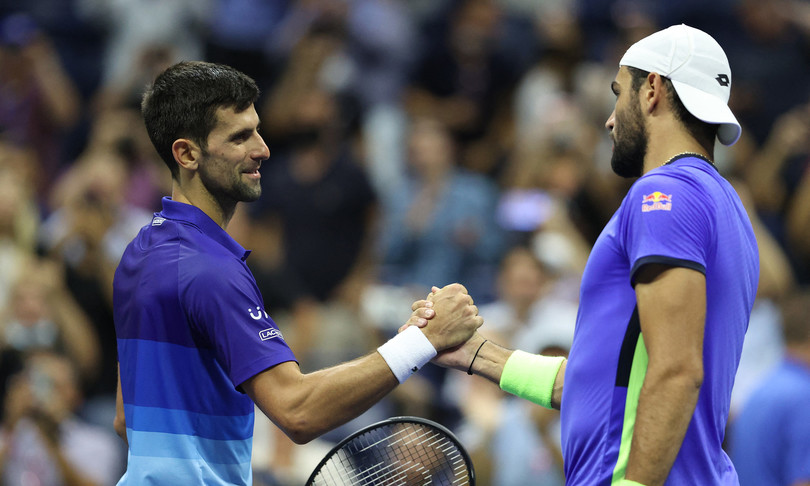 Novak Djokovic beat Matteo Berrettini 3-1 in comeback e he qualified for the semifinals of the US Open.

Fantastic first set, very long and hard fought, was won by the Italian 7-5.

But then, as in the Wimbledon final, the number 1 in the world proved too strong despite Berrettini’s great performance. Djokovic won the second, third and fourth sets with scores of 6-2, 6-2 and 6-3.

“Matteo is a splendid player”: so Djokovic commented after the victory. “When I lost the first set, I was able to forget it. The three sets I won were the best I played in the tournament,” he added.

One thought on “Djokovic too strong for Berrettini, wins 3-1 and goes to the semifinals at the US Open”