‘Gimbo’ Tamberi is the first Italian to win the Diamond League 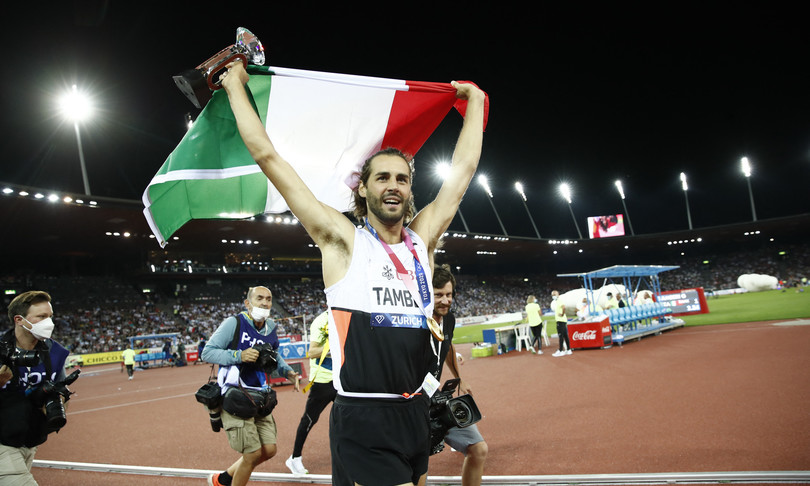 – New historical moment for Italian athletics. To give it once again Gianmarco Tamberi. 39 days after winning the Olympic gold in the magical Tokyo night that saw Marcell Jacobs dominate the 100 meters, the blue high jumper became the first Italian ever to win the diamond (in addition to $ 30,000), prize up for grabs for the final winners of the Diamond League. Since 2010, the year of the introduction of the Diamond League (before it was called the Golden League), no Italian athlete had ever managed to win the diamond.

Tonight on the platform of the Letzigrund stadium in Zurich the 29.year.old athlete from the Marche region of the Fiamme Oro, coached by his father Marco, won with the measure of 2.34, snatching applause from the thousands of people present in the stands of one of the ‘temples’ of athletics world. ‘Gimbo’ up to 2.30 overcame all measures in the first jump and then overcame both 2.32 and the measure that gave him the triumph on the second attempt.

In the spectacular auction the Swede Armand Duplantis who won 6.06, best world performance of the year. ‘World’, as the Scandinavian star is nicknamed, then attempted the world record three times at 6.19. In the women’s auction nice flight at 5.01 for the Russian Anzhelika Sidorova. In the 100 meters the Jamaican Elaine Thompson.Herah running in 10 “65 must make an appointment for 2022 to improve the historic record of the American Florence Griffith.Joyner by 10” 49, approached by five cents at the end of August in Eugene.

United States winners of men’s 100 and 200 respectively with Fred Kerley in 9 “87 and Kenny Bednarek (19” 70). World record under 20 and African record of 200 meters with 21 “78 for the eighteen year old Namibian Christina Mboma. Crackling 1500 with the Norwegian Jakob Ingebrigtsen preceded by just eight cents from the Kenyan Timothy Cheruiyot winner in 3’31” 37. Epilogue similar to the female with the Kenyan Faith Kipyegon winning in 3’58 “33 on the Dutch Sifan Hassan (3’58” 55).

“It was a fantastic night how fantastic everything has been this year. I wanted to win the diamond because I had never succeeded even though I was afraid of feeling tired in the race after the last twenty days between sponsors, television and many things done,” he said. –