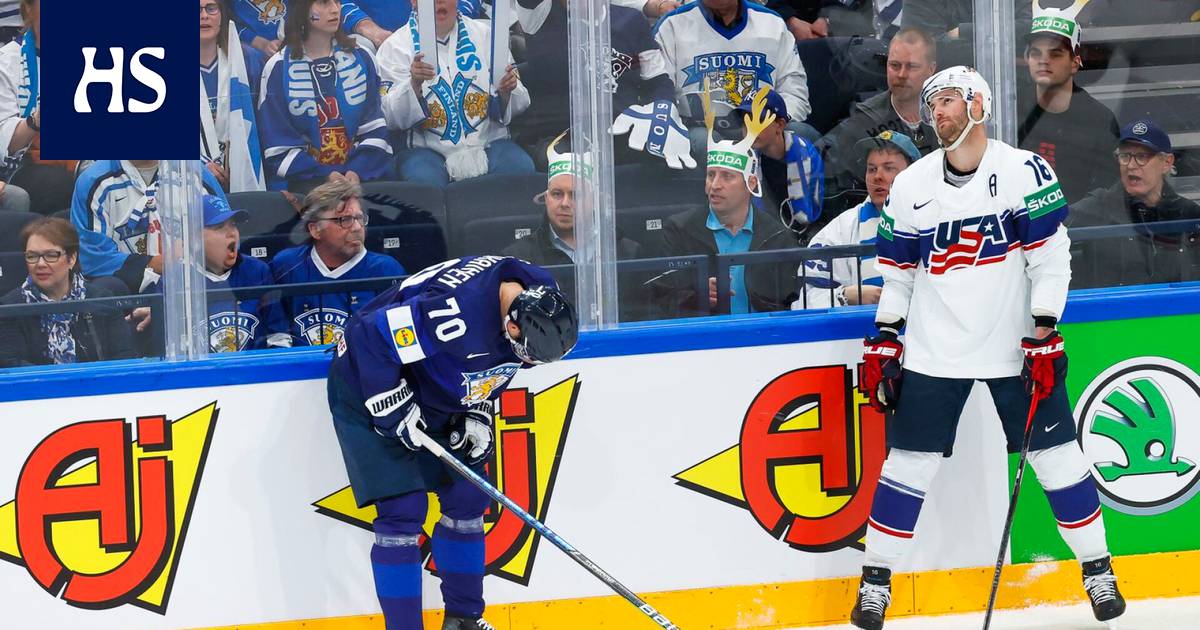 Teemu Hartikainen is still without a goal, but as the Lions’ victory continues, it won’t take him a moment.

Lions will face the United States in the World Hockey Semifinals on Saturday afternoon. The day before the match, the Finnish team, unlike the others, held full-length ice drills for about three quarters.

The United States is a familiar resistance to Finland from the very beginning. The Lions then took a clear victory with 4-1 goals. The most talked about event in the game was Austin Watsonin an elbow strike worthy of a game penalty Teemu Hartikainen on.

Despite the aggravation of the act, Hartikainen fortunately avoided a worse injury, and now he says the past is already past.

“It’s been a long time. Wouldn’t we play hockey tomorrow and try to reach the finals, ”Hartikainen said after Friday’s practice.

“The situation was and went.”

All in all, Hartikainen expects a similar rant from the opponent of the semi-final as from Slovakia on Thursday.

“Surely tomorrow there will be a pretty insane amount at stake again. You certainly can’t stand terribly in the middle trap because they get so hard. ”

Slovakian the direction came after harsh criticism of the Lions’ style of play, which was even said to be “destructive hockey” with its defensive victory.

Should not be criticized for a moment. About the players who enjoyed the success Jukka Jalosen Implementing the way the lions play is not boring.

“Have pity if you feel like it. I wouldn’t say our game is even so defensive, we’ve scored pretty well. ”

In the case of Hartikainen, who has scored wildly in KHL in recent seasons, the opening goal is still waiting for itself, despite good places (8 matches, 0 + 4). He is still pleased with his performance on a personal level as well.

“It could always be more efficient, but as a team we have gone. Yesterday, one goal came to my own, but otherwise it hasn’t played terribly on its own. ”

“Of course, it would be annoying if you didn’t win and get the goal scored. As long as we win and play well, it should not be allowed to make any difference. ”