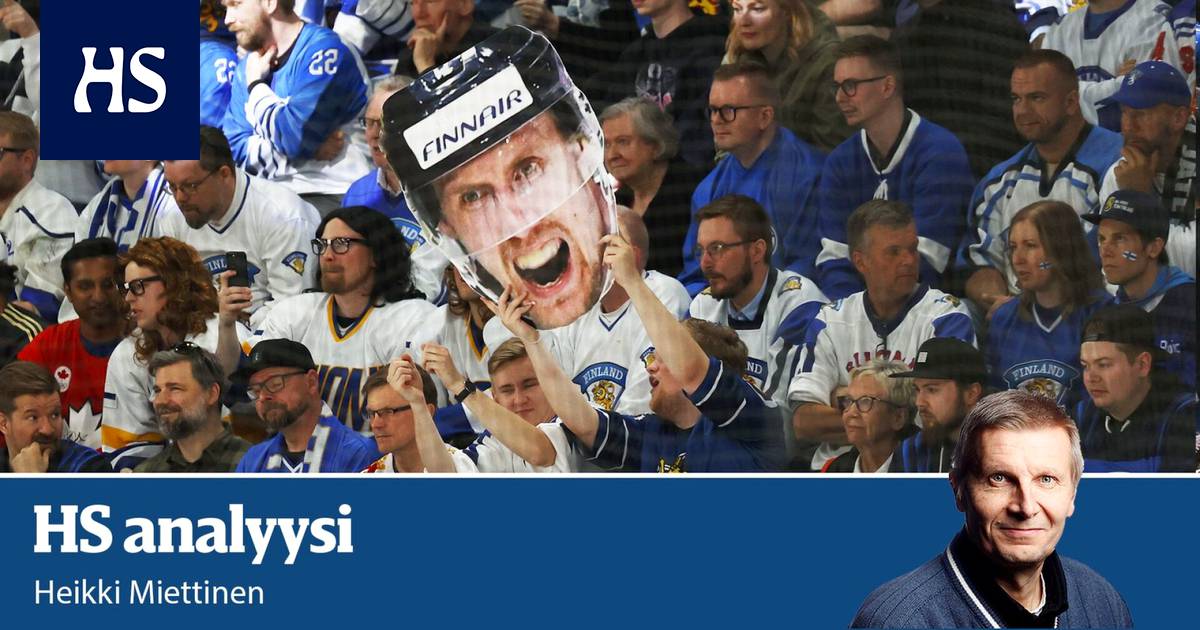 The semi-final against the USA raised the players, and Marko Anttila brought value for money.

Lions is playing hockey World Cup gold again, for the third time in a row. The audience in Tampere’s Nokia arena went wild when the place for the final was secured.

Finland knocked out the United States in the semi-finals 4–3, and in the end the tension coefficient slipped too high.

Read more: The Lions made history and advanced to the World Cup final after a soaring battle – “Goal as finish”, said Joel Armia, who beat the winning hit

Finland went to pick up this from the home competitions. First the finishing spot, and that route towards the dream of winning gold in front of your own audience.

There is still a long way to go for the championship, but the medal time broke. Never before had the Lions had received a medal from the homeowners, not of any color. Now it comes, but silver is not for anyone. Not for players or the public.

In the first home competitions in Tampere in 1965, Leijonat practiced being with the big ones. In Helsinki in 1974, the medal was missed by one positive pee sample, and no other home tournament has broken the magic.

Semi dug new solvers out of the Lion in addition to the old ones. It’s starting to be familiar with that Sakari Manninen knocks his bat a couple of times on the ice, gets the puck and shoots it in the top corner. Again, he did it.

Jussi Olkinuoran the goalkeeper game once again belonged to the series of the world’s elite. The latest U.S. match told why the defender Miro Heiskasesta has roared along the tournament – and long before that.

Silent striker Joel Armia doesn’t talk much about himself, but his 4-2 score appealed to fans. Armia played his best match.

The team now survived without Marko Anttilan goals, but it was enough to bring cover to the expensive price of the entrance ticket when Anttila got up with the puck. Audience noise increased with each kick.

Finland shows his second place finish in the World Cup. Head coach Jukka Jalosen during the season, success has become monotonous, but not a second numb.

The World Cup gold in Bratislava was followed by a somewhat unexpected final loss to Riga, which was offset by an Olympic gold and now-defeated loss.

USA went to the match as a ramp. The team had only four defenders and a few strikers scrambling downstairs.

It could have been a great temptation to hit US packages more than usual from the next second, but the Lions did what they could. Trusted their own way of playing.

Grinding to a full five was worth it. It began to accumulate fatigue for Americans downstairs, adding errors and careless feeds.

US No. 1 kit Seth Jones went almost immobile in the second installment after a long spin of a pair of Lions. Gambling started to cost a price.

United States has played in the semi – finals 11 times before the Tampere match and each time lost, ie got into a bronze match.

The playoff history of the World Cup began in 1992, after which the US has not been able to chase gold with even hard teams.