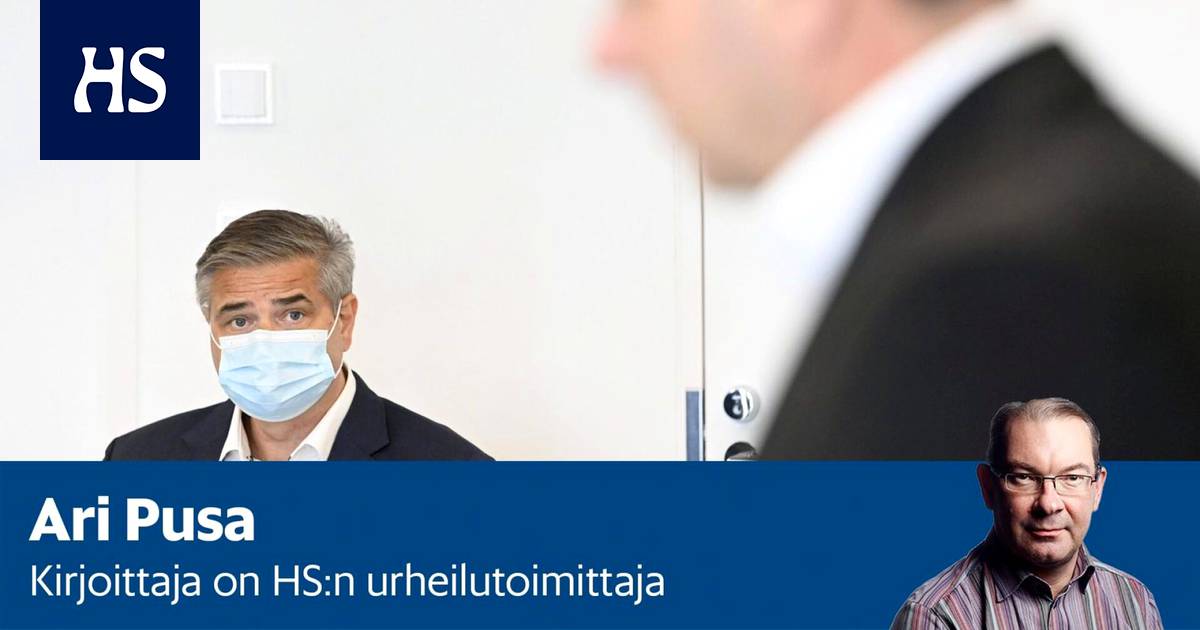 The spring harassment scandals, the allegedly overly authoritative leadership style and last autumn’s big change in strategy are rubbing in the membership of the Olympic Committee, writes HS sports journalist Ari Pusa in his analysis.

Finland In addition to its regular spring meeting, the Olympic Committee (OK) will hold an extraordinary meeting on Tuesday evening.

An extraordinary meeting of members has been called for by 17 member associations of the Olympic Committee, the largest of which is the Finnish Sports Federation (SUL).

Chairman of SUL Sami Itani intends to measure the confidence of OK’s Board of Directors specifically at the Extraordinary General Meeting. In practice, a possible vote has only an opinion value.

According to OK’s own rules (item 9), the spring meeting does not decide on the election of the Board. It will be decided by the autumn meeting. Therefore, the meeting cannot decide to change the board, as such an issue is not on the agenda or in the notice of the meeting.

“I am going to propose a vote if no one else does. It is important to weigh up government confidence. Valuable information is obtained, on the basis of which the government then draws its own conclusions that the scandal would end. It is good to discuss values ​​more widely, ”Itani tells HS.

In the scandal, Itani means the Top Sports Unit unveiled during the winter Mika Lehtimäki harassment of women.

OK’s board has already had time to elect Lehtimäki in the next term, but he resigned himself. Lehtimäki received a warning from OK about the inappropriate behavior.

In addition There have been two suspected harassments in the investigation, one of which was closed by the Finnish Sports Ethics Center Suek because no interested party could be found to discipline it.

The suspicion concerned a weightlifter on OK’s board Years Vuohijoen speeches to the deputy player of the Finnish national hockey team at the Beijing Olympic Games in February.

The goat river was found neither innocent nor guilty. This was therefore a case of the plaintiff, for which there were strong grounds for investigation, but the object of the actions did not want to take the matter forward.

Another suspicion still in Suek concerns the verbal harassment of a “Tokyo man” at a preparatory camp for the Summer Olympics in Saga.

OK took the cases of the Goat River and the “Tokyo Man” to Suek to investigate a possible disciplinary process, but the Lehtimäki case was not given there, although it is apparently of a completely different severity than the other cases.

Instead, OK’s Board of Directors decided to request an external assignment in the Lehtimäki case from BDO, a company specializing in internal auditing, whose report will be discussed at OK’s spring meeting on Tuesday evening.

Sami Itani is the chairman of the Finnish Sports Federation. Picture: Antti Hämäläinen

Expert in sports law, deputy judge Olli Rauste finds it interesting in the BDO ‘s report that the determination of compliance with the ethical principles of sport is limited to the company’ s mandate.

However, there are clear reasons for this. Prior to the beginning of this year, there was no internal disciplinary system in sport through which Olympic Committee employees could be sanctioned.

In its report, the BDO noted that there has been maladministration in the Olympic Committee. There have also been shortcomings in recruitment decision-making and its documentation.

An Extraordinary General Meeting has been convened to approve or reject the BDO report. If the investigation is valid, the three-month standstill should end. If the report is not valid, an additional report may be submitted, in which case the scandal will continue.

However, it is clear that there is dissatisfaction in the membership of the Olympic Committee with the current government and chairman Jan Free Mountain towards.

Opposing gravel votes, however, will not lead to the resignation of the government if it does not draw its own conclusions, as called for by Itan.

“It is good that an independent external study has been completed. It confirms the perception that administrative processes have not fully complied with good governance. However, the shortcomings that have arisen are easy to correct, ”says Vapaavuori.

Last at the autumn meeting of the year, the membership of the olympic committee made a significant decision when it approved a change in strategy.

Previously, the Olympic Committee had two main roles: elite sports and club and member services. Alongside them, the third main choice became business and the promotion of an active lifestyle.

According to some of the member associations interviewed by HS, the change in strategy came from above: it was not discussed in advance. This, too, has been left in the shoes of the membership.

“The change came to the annual meeting to be decided directly. Membership was not sought. When it comes to moving people, it is a difficult task for an organization like the Olympic Committee. Medals can be measured, but it is impossible to say who is responsible for the movement, ”says a conference representative interviewed by HS.

The strategy decided by the autumn meeting was discussed at the spring meeting six months earlier. The membership was then asked about the matter and given the opportunity to comment, OK is emphasized to HS.

The end result of the process is still not pleasant for everyone, and that is why the resistance is hot.

“It seems like the Olympic Committee is just discussing how an individual is hired. The strategy is a big deal because it decides what will be done for many years to come, ”says another representative.