Paradox Djokovic, the defeat will make him more popular 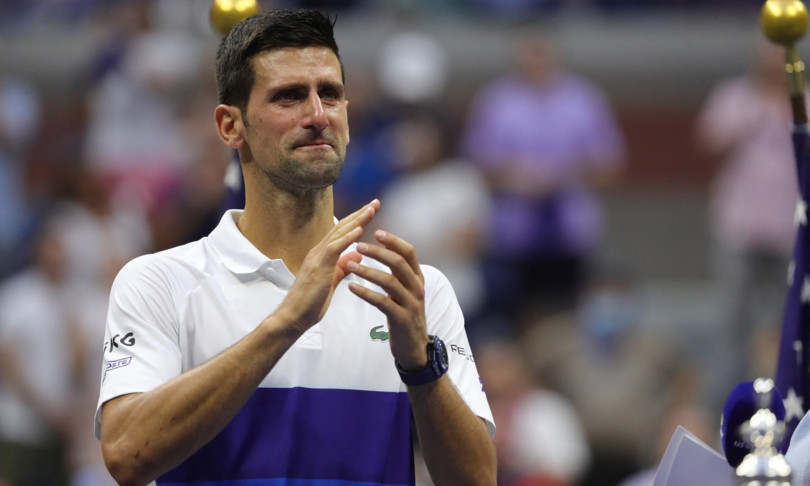 – Joker no longer laughs. But the painful defeat at the US Open that at the hands of Daniil Medvedev deprived him of the Grand Slam, so complicated to digest, has already performed on the field Arthur Ashe the miracle of making him loved by the many who could not just acclaim him as Federer or Nadal and not even, despite the victories, to consider him the strongest ever. Making him move when the audience applauded his comeback attempt, on 5 to 2 in the third for the opponent and then, with several tears, during the award ceremony: “Even if I didn’t win my heart is full of joy because you made me feel special on a tennis court, you touched the my soul, I had never felt like this in New York ”said Nole in tears, almost incredulous for so much unprecedented adoration.

Yes, because he is so loved, Djokovic has never been. Even Nicola Pietrangeli, one who can boast of having beaten Rod Laver in the distant 1961, the only boy to have conquered, and twice, the Grand Slam, recently declared that Nole would not have been the strongest ever even hitting, as has not just happened, the US Open and the Grand Slam, a stellar milestone never reached by its rivals of all time.

The curse of the Grand Slam slipped from his hand, denying him the twenty.first, decisive title and dreams of glory, sadly keeps him at 20, on par with Federer and Nadal. But we are sure, that Medvedev’s nightmare and Pietrangele’s vision aside, the Grand Slam would finally have allowed him to be perceived as the strongest ever, and to finally become the most loved and applauded by tennis fans, so far lukewarm despite the victories. ? Perhaps the opposite is true.

Because the Serbian has always had to deal with a sporting oxymoron: being number one for 337 consecutive weeks and winning more than anyone without being considered the strongest. To conquer this frustrating peak, Djokovic had to burn on the altar of the tennis gods that role of allegedly likeable person who accompanied him in the first part of his career. From being the man of imitations who angered Sharapova because at the Monte Carlo players’ party he perfectly mimicked their pre.serve moves and changes of fields, and the one who performed in amusing curtains with Fiorello, Nole became the ‘man who organizes a tournament at his home, in Belgrade, in the middle of the pandemic, giving life, also thanks to an evening at the disco, to a Covid outbreak. The man who eats Manuka honey, shuns gluten, closes himself in the hyperbaric chamber and entrusts himself, through guru, to meditation, has turned into the man who throws a ball blindly at a line judge (New York, two years ago) risking hitting it: into the player with the belluine screams and demonic looks who, to find the right concentration, directs towards the its corner amenities of all kinds.

All this, however, can only partially explain why Nole has not even remotely equaled the passion that accompanies every single shot of Federer, the global applause that greeted Nadal’s career and perhaps also the compassion that even non.Brits have. attributed to Andy Murray and his physical misfortunes. But the hot spot remains another. How can you believe that someone capable of conquering the highest peaks in tennis (Grand Slam that got out of hand apart) is not also considered the strongest?

There are reasons for this counter.current thinking. Djokovic has never been able to offer magical realism like Federer. He didn’t learn to play net after the age of thirty like Nadal. But the numbers say that his might is born under the radar, in a capacity of resistance and analysis (of the opponents and of the progress of the match) higher than that of anyone else, apart from the last final. He is a marathon runner who transforms the fatigue of the last few kilometers into a propellant for sprinting–

When Federer had two chances to win what would have been the most exciting Wimbledon title in his history (2019) Nole did nothing special: he opened his irises and watched the great Swiss unload on his head and soul. (there are also transfers on a tennis court, and how if they exist) the weight of that historical passage. And Roger made two mistakes he would never have made, on match point, on any other occasion.

That of Nole to whom almost no one has forgiven that Federer’s failure to win at Wimbledon, is underground tennis– And the memoirs are very complicated for opponents to read. And they can lead you to win more than anyone else. But given that tennis is also (above all) a human show where the level of strength is also established by single gestures and unique victories perhaps more than by the sum of the successes, here the mystery is revealed. Will we remember more of McEnroe’s and Navratilova’s backhand volleys or of the Grand Slam escaped from Djokovic’s racket?

Perhaps the Serbian’s real sporting adventure begins now at the age of 34 and with almost 152 million dollars collected in his career, speaking only of prize money, of course. Now that, missing the Grand Slam and failing to match Rod Laver, he has become more human, someone to identify with. And no one deserves the chance more than Nole.