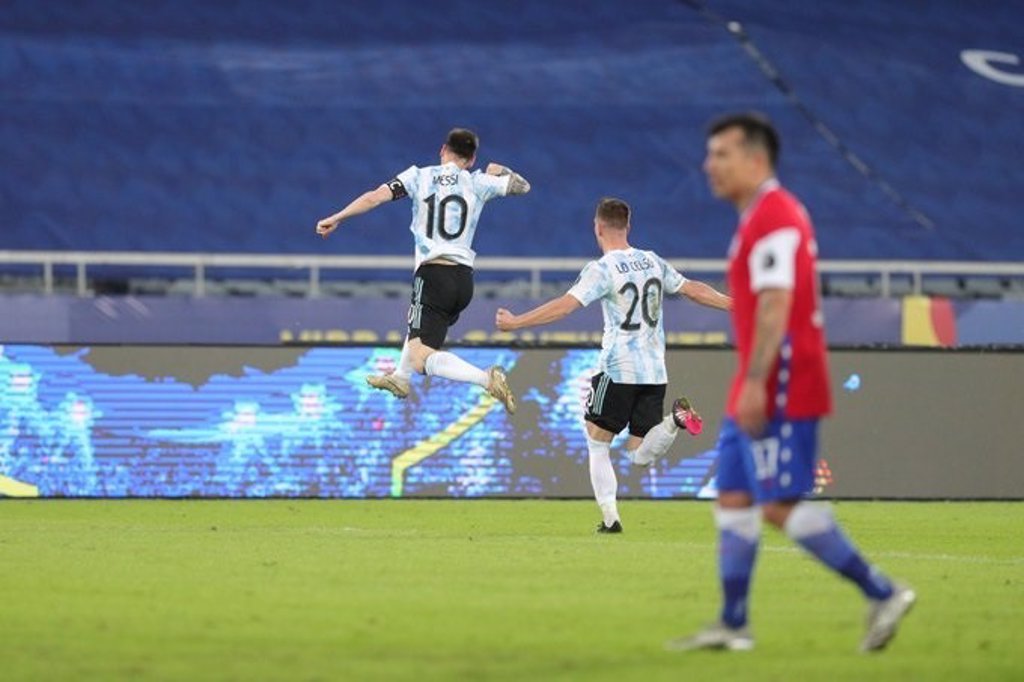 The Argentine team began its journey in the Copa América 2021 with a one-goal draw against Chile after a match where it enjoyed the best chances, but in which it paid dearly for its bad start after the break, which its rival took advantage of to equalize the genius of Leo Messi.

The two-time world champion could not add the three points in her debut in the South American tournament, stumbling again as a few days ago, against the Chilean team, with whom she also tied somewhat in the South American Qualifiers. This tie is the third followed by those of Lionel Scaloni after the one added last week against Colombia.

After the tribute to the figure of the late Diego Armando Maradona at the Nilton Santos in Rio de Janeiro, which offered a bad state that made things difficult for both, it was Chile that tried to take control, but the opportunities went to the Argentines.

Leo Messi, Lautaro Martínez and, above all, Nico González, who enjoyed three good chances, gave the first serious warnings to ‘Roja’, but lack of judgment and Claudio Bravo prevented it. A Meneses auction was the best option in Chile touching half an hour.

And after minute 30 was when the figure of ’10’ emerged to overtake Argentina. The FC Barcelona striker drew a precise hit to Bravo’s net in a direct foul after a foul by Pulgar on Lo Celso, in what was a great goal.

The albiceleste maintained its advantage at halftime, but the passage through the locker room did not sit too well and again left the command to Chile, which found the equalizer soon after a penalty from Tagliafico to Arturo Vidal decreed by the VAR. The Inter midfielder ran into Martinez at the maximum penalty, but Vargas was on the lookout to send the rebound inside and even things out.

Scaloni’s men accused the draw and it cost them to get back into the game, while their rival did not take too many risks. Messi assumed responsibility in the final stretch, but his teammates continued with their sights diverted and the scoreboard did not move.