Bebe Vio, the blue phoenix who embodies the new Europe 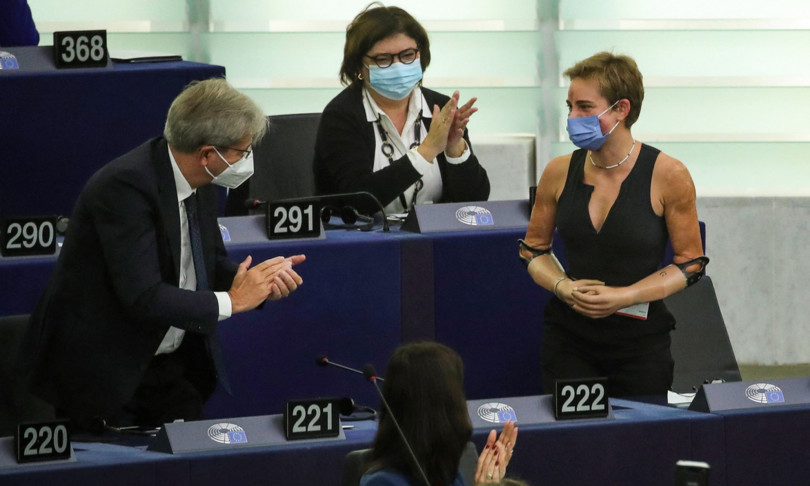 “Let us be inspired by Bebe and all the young people who change our perception of what is possible, who show us that it is possible to be who we want to be. And that it is possible to achieve everything we believe in”: with these words President of the European Commission, Ursula von der Leyen, presented Bebe Vio, indicating her as “the emblem of a rebirth against all expectations” to which the new Europe must aspire.

To the applause “I wanted to bury myself, it was really embarrassing, beautiful”, commented after Bebe, “I approached Paolo Gentiloni and told him help me”. The choice of the 24.year.old Venetian fencer, gold medal in individual foil and silver in team foil at the Tokyo Paralympics, is not causal. And not only for the worldwide fame of Bebe, a symbol of the Paralympics who had dinner at Barack Obama’s, walked for Dior, wrote two books and has over a million followers on Instagram–

As German politics recalled, Bebe risked dying in the spring. The misfortune seemed to be raging on her, already hit in 2008 by a fulminant meningitis that forced the doctors to proceed with the amputation of legs and forearms to save her life.

This time a severe left arm injury and subsequent staph infection could cost her the amputation of the limb with life.threatening complications. He did not mention the Games race to avoid that, in the event of a defeat, the forced stop and athletic training in just two months were considered an alibi.

Ma Bebe didn’t give up, confirming once again as a phoenix rising from its own misfortunes like when she was the first to compete with prosthetic all four limbs. So in August gold came against the Chinese Zhou Jingjing, already beaten in Rio 2016. “As a child they told me that you can’t fencing without arms and that I should change sports, but I showed everyone that arms don’t serve: if you have a dream, go and get it“, he declared in the opening press conference of the Paralympics. And she took it back.

One thought on “Bebe Vio, the blue phoenix who embodies the new Europe”