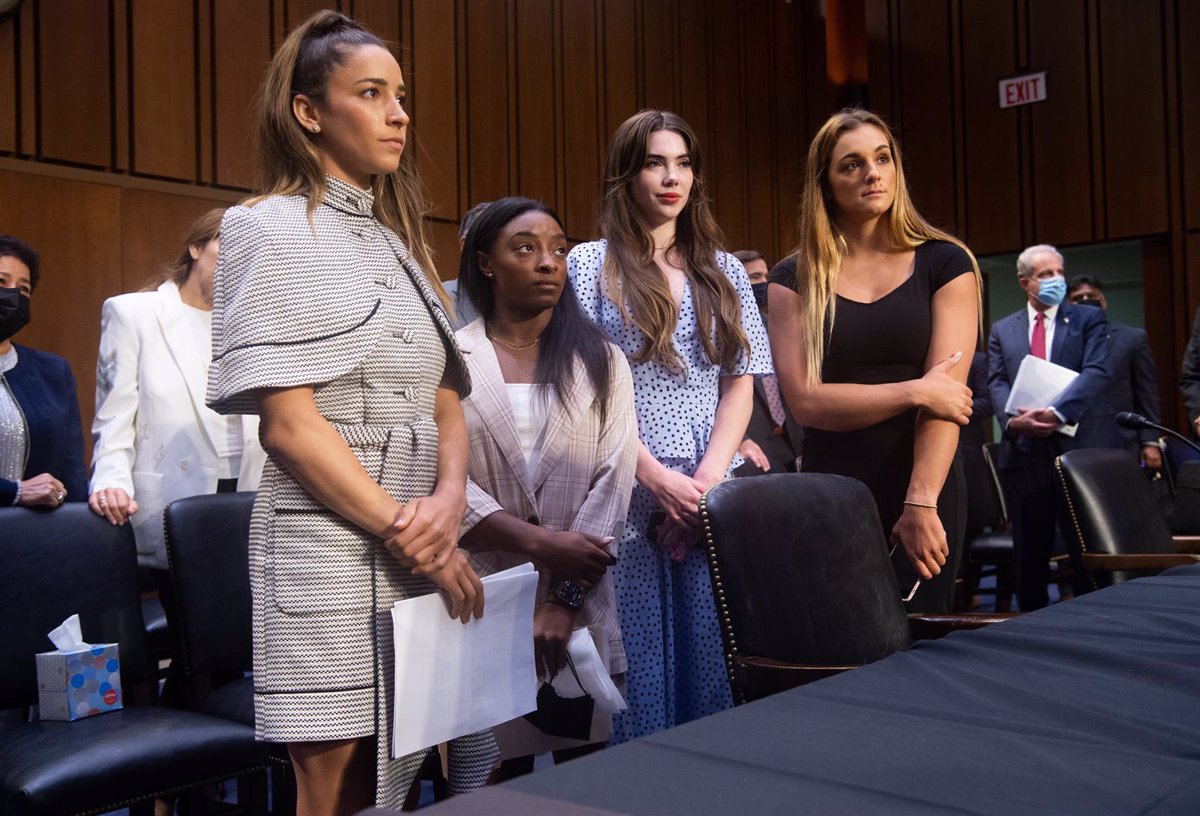 Four stars of gymnastics in the United States, including Simone Biles, have denounced the FBI before the Senate Judiciary Committee this Wednesday for turning a blind eye to the sexual abuse they suffered by the former Olympic team doctor, Larry Nassar –

“They have allowed a child molester to go free for more than a year and this inaction directly allowed their (Nassar’s) abuses to continue. What is the use of reporting these abuses if our own FBI agents are charged with burying the reports in a Cajón? wondered the seven.time Olympic medalist Simone Biles.

“I blame Larry Nassar and I also blame a whole system that allowed and perpetuated his abuses (—). If a predator is allowed to harm children, the consequences will be swift and severe. Enough is enough,” said Biles. , who has been accompanied by fellow gymnasts, McKayla Maroney, Maggie Nichols and Aly Raisma.

All of them suffered sexual abuse by Nassar, who is accused of having abused more than 250 women and girls while practicing medicine. The scandal broke out in 2015 after an investigation by the newspaper ‘The Indianapolis Star’ and two years later he was sentenced to 60 years in prison for the crimes of assault, sexual assault, child pornography, and tampering with evidence, among others.

Maroney, gold and silver in London 2012, has been very graphic in his intervention and has related how Nassar asked him not to use underwear because that “made it easier” for him his work. “In a matter of minutes, he put his fingers in my vagina.” On another occasion, he gave her a sleeping pill and when she woke up to find him “completely naked” abusing her “for hours.”

“Is that all?” He remembers an agent asking him. “Not only did the FBI not report my abuse, but when they finally documented it 17 months later, they made completely false claims about what I said. They chose to lie and protect a serial abuser to protect not just me, but other children. “, has counted.

“The Department of Justice refused to prosecute these people. Why? It is their job to hold them accountable. I am tired of waiting for people to do the right thing, because they abused us and we deserve justice,” she claimed.

Like Maroney, Raisman recalled that FBI agents “lessened” the gravity of her stories when they managed to gather forces to report and forced her to accept the plea agreements presented by Nassar’s defense. All this, he says, made him believe “that it was not worth going forward.”

FBI Chief Chris Wray later appeared separately alongside Justice Department Inspector General Michael Horowitz, who last July presented a report showing how senior FBI officials from the Indianapolis Office took longer. one year to initiate an investigation, despite having the first evidence and complaints against Nassar

Wray, who assumed the position of head of the FBI after everything that happened, has assured that he felt “heartbroken and furious” upon learning of the failures that occurred, although he has clarified that they are the product of “individuals” who “betrayed their central duty. they have to protect people. ”

“I want the public to know that these reprehensible behaviors reflected in this report are not representative of the work that 37,000 people do every day,” said Wray.

What happened, he adds, “discredits” the work of the rest of the FBI employees and has promised that he will make sure that “everyone remembers what happened.” Wray has also confirmed that one of the officers named in Horowitz’s report has been fired, while another has already retired in January 2018.