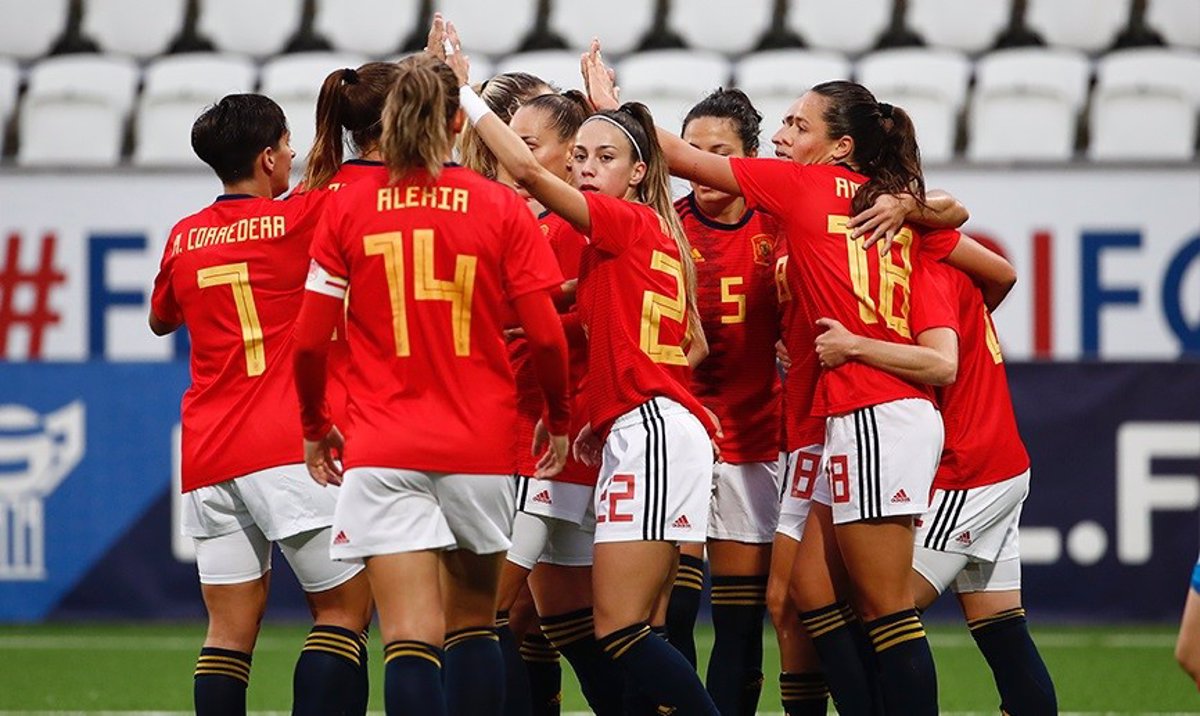 The Spanish women’s soccer team passed over (0.10) the Faroe Islands as a visitor at the Torsvollur stadium, an unrivaled duel that served the first three points at the start of the qualifying phase for the 2023 World Cup.

Those of Jorge Vilda had a comfortable and happy debut in Group B, in the challenge of being in the appointment that Australia and New Zealand will organize in two years. Amaiur Sarriegi, in his second game with Spain, scored four goals, and another one that was annulled.

The local team had a thousand problems to get out not from their field, but from the half closest to their own goal. The Spanish siege was a monologue, with greater or less intensity, that brought the goals to Tórshavn, the capital of the country, where Vilda’s team quickly warmed up despite the cold and humid weather.

Although the rival closed in, he did not do it with criteria or forcefulness and Spain moved easily and found the chances with good and fast circulation. Amaiur Sarrigi and Irene Guerrero, with individual headers, scored two goals in one minute (8 ‘), while the entire team settled in the rival field.

The UEFA’s chosen best player of the past season, captain Alexia Putellas, lived between the rival defense, and Mariona Caldentey and Athenea del Castillo entered on the wing, with Sarriegi making it 0.3 after half an hour. After the break, Vilda went to defense of three and added more artillery: Putellas made it 0.4.

Sarriegi, Lucía García, Patri Guijarro, Mariona Caldentey and Laia Aleixandri also joined the second half party, where Candela Andújar made her debut. Spain will face Hungary in Budapest on Tuesday in the second qualifying game for the World Cup.