The triumph of Medvedev, the video game bear has become great 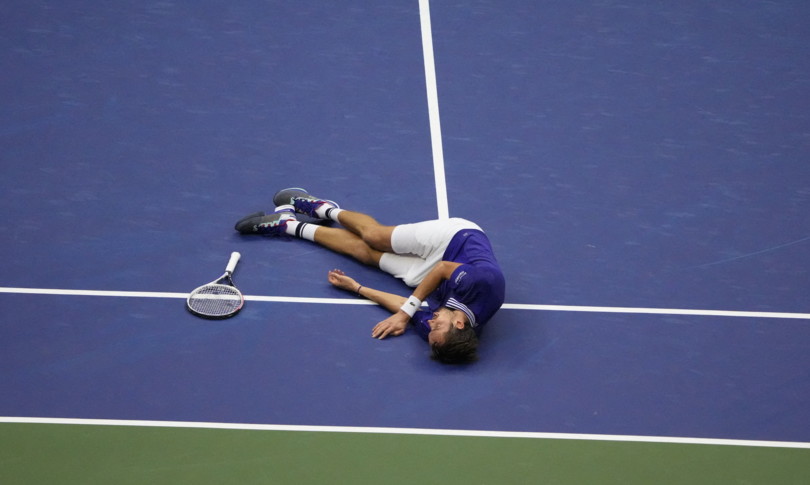 – Fifa’s dead fish exultation, in which you throw yourself on the ground as if you were lifeless: Daniil Medvedev chose this way to celebrate the US Open triumph over Novak Djokovic, who was denied the Grand Slam. And it was once again an unconventional choice for the 25.year.old from Moscow. “What did I do after the match point? Only legends can understand it, L2 and left“, he explained, alluding to the command of video games, his other great passion.

The “bear”, as the number two in the world is nicknamed, until a few years ago he was often confused with his namesake, Andrei, at the time in the world Top 10 but with whom he has no relationship. In the racket circus Daniil was considered a cold and eccentric type, tall and slouching with his 98 meters for 85 kilos. Yet he has always shown a sharp irony and an ability to think outside the box that is also noticeable on the pitch. “I am a simple and calm boy but my inner world is very complex and articulated, I would dare to say that it is incomprehensible to me too, ”Medvedev said of himself.

Gifted with a great response, a lover of grass but at ease on all fast surfaces, Medvedev trains in France and his physical trainer is Eric Hernandez. “The machine”, Nick Kyrgios defined it to highlight the perfect movements and the power and speed of the blows.
The turning point in his career came in 2019, right in Flushing Meadows where he played his first final in a Grand Slam: he lost the first two sets but led Rafa Nadal to the fifth and began the decisive set with a break advantage. In the ATP ranking he conquered the fifth place and since then he has not left the Top 10.

Daniil was born on February 11, 1996 and his parents were not sportsmen. The love at first sight for tennis came at the age of nine: “My mother wanted to swim me but when I got to the pool for the first time I saw an ad saying that a tennis group was being formed.“
Medvedev studied in a school specializing in physics and mathematics, he is a fan of Bayern Munich and in particular of David Alaba and Robert Lewandowski. In video games he boasts of having given a hard time to the current Russian FIFA champion.

The merits of Dasha

He himself attributes the credit for his growth to his wife Dasha which he considers halfway between a guardian angel and the spiritual mentor. “My career changed for the better when I asked her to marry her” after the 2018 Wimbledon tournament, he explained. She is a teenage love: she played tennis until she was 17.18, but injuries blocked her career. Since they were married, he has gone from being number 65 in the world to fighting for a record that is now no longer a chimera.