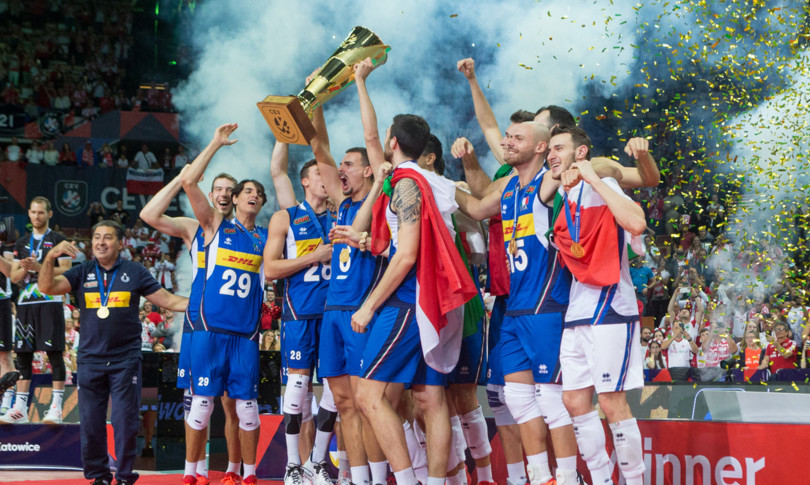 – Italian volleyball has erased the shame of Tokyo 2020: after the eliminations in the Olympic quarter.finals of the two Italian teams, the redemption has arrived in the European championships, both won with a clear path of 18 wins and no losses. The latest feat has accomplished it the men’s national team coached by Fernando De Giorgi who on Sunday evening in the final in Katowice, Poland, beat Slovenia at the end of an endless match. The Azzurri won 3.2 at the tie.break, recovering twice a set behind (22.25, 25.20, 20.25, 25.20, 15.11). It is the seventh European title for Italian volleyball, the first since 2005 (in 2013 Italy lost what was its tenth European final against Russia). This crown triumph 70 fantastic days for blue sport, from the European championships won by Mancini’s team to the triumphal Olympics and Paralympics in Tokyo both closed with a record medal.

The redemption of volleyball

Own volleyball had been one of the few discordant notes of the Tokyo Games with the women eliminated from Serbia and the men from Argentina at the gates of the semifinals. Now the best rematch, with the two European titles. On 5 September there was the triumph of Paola Egonu and her companions who in Belgrade had beaten Serbia in the final, silencing the 20,000 spectators of the Stark Arena. For the blues it was the third continental title and now for the first time a European double from Italy arrived in the same year.

The good news for Italian volleyball is that this men’s team has a great future: it is the youngest of the 24 participants in the continental event and the coach Ferdinando ‘Fefé’ De Giorgi seems able to open a new cycle after the disappointment of the Olympic elimination by Argentina. The 59.year.old Apulian technician has assembled a team of great character and with several innovations also with respect to the Japanese Olympics. Without injured Zaytsev and with Juantorena retired from the national team, its captain is the 25 year old setter Simone Giannelli. He was the great protagonist of the final and of the entire tournament. with grit, charisma and which earned him the award as MVP (best player of the tournament). The spikers department is made up of very young people, all born between 1999 and 2001: the increasingly surprising Alessandro Michieletto was joined by the trio formed by Recine, Bottolo and above all an amazing Daniele Lavia, top scorer of the final. Among the opposites Giulio Pinali was the owner in place of Zaytsev operated with on the bench Yuri Romanò, arrived directly from the A.2.

The redemption of blue volleyball had started with the conquest of women’s Europeans: the blue are back after 12 years on the top of Europe breaking down the taboo Serbia, the third continental title after those of 2007 and 2009. Paola Egonu was also awarded as the best player of the tournament. Also in this case the group is young, albeit already silver at the 2018 World Cup and bronze at the last European Championships, and made it to the title without ever losing. It was a first step towards the 2022 World Cup and especially towards the 2024 Paris Olympics where the pink Italvolley will seek the definitive redemption.