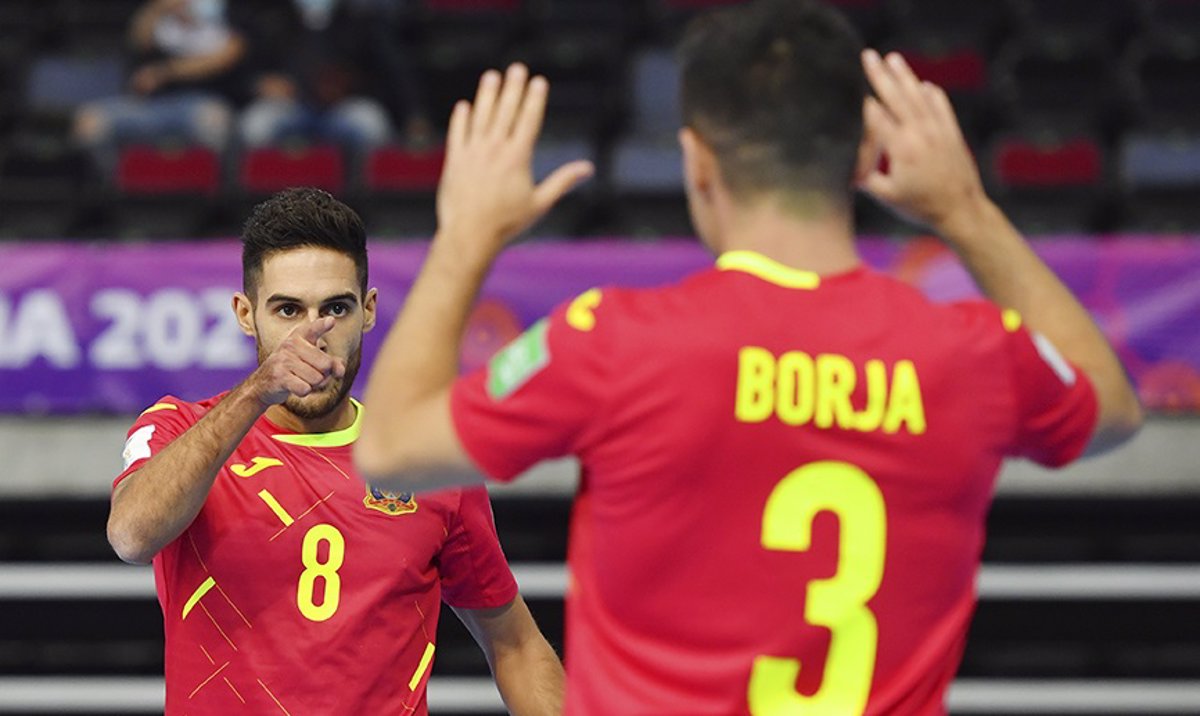 The Spanish futsal team closed its group stage in the World Cup on Monday that is being played in Lithuania until next October 3 with a comfortable, but not very lucid victory, 4.1 against modest Angola and with a leading role for Adolfo .

The double world champion, who already knew that on Friday she would have to play the round of 16 against the Czech Republic, did not force the ‘machine’ excessively against the Angolan team, which at times even reached the match, but ended yielding to the greater superiority of Fede Vidal’s men.

Already classified for the first match heads or tails, Spain seemed to think a little more in that future duel than in trying to sign a good win against Angola, where their goal was the main protagonist, preventing the score from being even more bulky than the that one could boast after the early days of both Adolfo, again of the outstanding ones.

But from there, the seven.time champion in Europe was unable to increase income and did not raise the pace excessively. Angola was finding more comfortable and tried to loosen supported by its technical sparkles, and in the end, in a Spanish mistake, it achieved the tie through Guga.

There was just over a minute to go to the end of the first half and Fede Vidal called a time.out to ask for more concentration from his players. The African team dreamed of going into halftime with a draw, but Spain brought out their slate and Ortiz returned the lead in the final seconds.

The two.time world champion came out somewhat more impetuous after passing through the changing rooms and this time she sentenced the game in just two minutes, from 25 to 27, which took Adolfo to close his triplet and allow his team to manage the game without excessive hurry and sign the pass at the real time with full points.